2019.12.10
NTHU is currently preparing to establish a post-baccalaureate program in medicine. Many of the courses will be taught by the 170 faculty members currently in related departments at NTHU, and the program will also appoint an additional 150 part-time faculty members to be sourced from leading medical centers throughout Taiwan, including the Chang Gung Memorial Hospital, the Changhua Christian Hospital, and the Cathay General Hospital. On December 10 NTHU president Hocheng Hong and Taoyuan General Hospital (TGH) director Hsu Yongnian signed a contract arranging for TGH doctors to teach at NTHU and for all-round cooperation in teaching and research.
President Hocheng said that many of the major advances in the medical field made in recent years have been related to the application of high technology and digitalization, and that around 70 percent of the research being conducted at NTHU has medical applications. He also said that earlier this year he and Taoyuan mayor Cheng Wen-Tsan signed a letter of intent outlining a plan for NTHU and the Taoyuan City Government to jointly develop a medical complex as part of the Taoyuan Aerotropolis to be built next to the Taoyuan Airport, making it imperative for NTHU to establish a post-baccalaureate program in medicine.
Hocheng pointed out that although NTHU does not currently have a department of medicine, in the 2020 academic rankings published by Times Higher Education, in clinical medicine NTHU is ranked 230th in the world and fourth in Taiwan, which is the highest ranking among universities without a department of medicine. In the field of life sciences NTHU is ranked 191st in the world and second in Taiwan.
As for part-time faculty for the new program, NTHU has already appointed 35 doctors from the Chang Gung Memorial Hospital, the Veterans General Hospital, the National Taiwan University Hospital, and the MacKay Memorial Hospital. In addition to part-time faculty appointments, the arrangement with TGH includes provisions for resource sharing and internships.
Hocheng also said that TGH is a leader in many fields, especially geriatric medicine, an area in which NTHU’s strength in artificial intelligence has numerous applications. The Tsinghua University Hospital is being established with the support and supervision of the Ministry of Health and Welfare, and by cooperating with the TGH and the Chang Gung Memorial Hospital will provide comprehensive medical services of the highest standards.
According to NTHU senior vice president Chou Hwai-pwu, the long-term plan is to establish a college of medicine, beginning with a post-baccalaureate program in medicine. The program will emphasize research and will recruit publicly funded students to serve in rural areas, thereby distinguishing itself from other such programs.
During the signing ceremony Taoyuan mayor Cheng Wen-tsan said that through the cooperative arrangement with NTHU the TGH is set to become one of the top hospitals in Taiwan.
Minister of Health and Welfare Chen Shih-chung said that the TGH is already one of the top hospitals providing long-term care, and that with the cooperative arrangement with Tsinghua University it will become even better.
Hsu Yongnian, the director of TGH said that through the combination of the TGH’s experience in clinical medicine and NTHU’s expertise in research and teaching, both institutions will derive much benefit. He also pointed out that artificial intelligence has a wide range of potential applications in medicine, which can greatly reduce the manpower required for medical treatment and improve the effectiveness of a wide array of medical procedures. 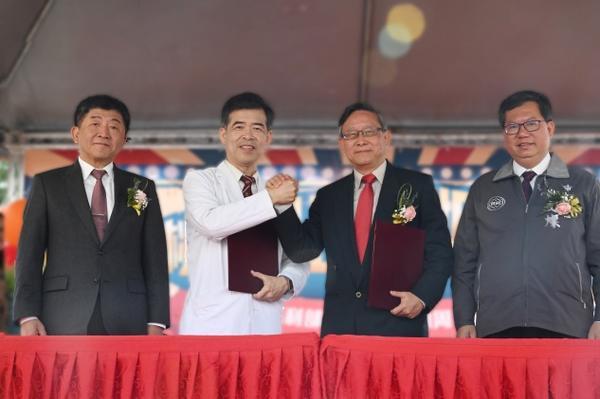 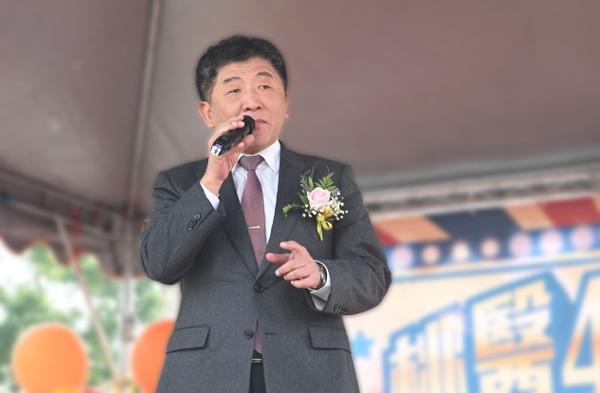 Minister of Health and Welfare Chen Shih-chung said that with the cooperative arrangement with Tsinghua University the TGH will become one of the best hospitals in Taiwan.