2019.11.21
NTHU’s Anfu Financial Engineering Research Center (AFERC) has recently launched the Anfu House Price Index (AHPI), which is published monthly, making it the most up-to-date index in Taiwan. The Index is based on six indicators and appraises house prices in six special municipalities and ten counties and cities. The first edition of the Index indicated that the sharpest price increases were in Nantou and Tainan.
Prof. Lin Che-chun, who is the director of the AFERC and also the dean of the College of Technology Management, said that the Index will come out on the fourth Thursday of every month and is based on the pricing information provided by the Ministry of the Interior on the price of residential units in multistory buildings (excluding townhouses), which is augmented with the big data compiled by the AFERC and refined by using quantitative modeling, artificial intelligence, and GPS.
Lin said that for most people, buying an apartment is the most important investment they will ever make, and that the AHPI will provide potential buyers with highly accurate, objective, and transparent pricing information. It will also serve as a handy reference for researchers, urban planners, and government agencies.
Ma Jui-chen serves as the executive director of the AFERC and is also an Associate Prof. of the Department of Quantitative Finance. Ma said that over the past year, house prices in Taiwan have shown a modest and stable upward trend. The average increase was 4.2%, slightly higher than the inflation rate of 2.54% over the same period.
Over the past year, the counties and cities in which increases in house prices have exceeded the inflation rate were Nantou, Tainan, Yunlin, Changhua, Kaohsiung, Yilan, Chiayi, Taichung, and Taoyuan. Among these, prices in Nantou County rose by 10%, a surprising increase which Ma attributes to the recent completion of an industrial research park in Nantou, as well as a sharp increase in the number of independent tourists from mainland China visiting Sun Moon Lake, which has triggered increased investment in the local tourist industry.
As for Taiwan’s six special municipalities, Tainan had the greatest increase in housing prices, which rose by 8.5% during the past year. The increase was most dramatic in the Rende District, which Ma attributes to the area’s convenient transportation and its proximity to a high-speed rail station and Tainan City; other contributing factors are the Southern Taiwan Science Park in Tainan and a number of infrastructure improvements completed in recent years.
Housing prices in Kaohsiung increased by almost 6% over the past year—the second largest increase amongst the six special municipalities—which Ma speculates may be related to the increase in construction costs brought about by the large amount of land which has become available for development in Kaohsiung, resulting in a backlog of construction projects for local builders. Ma predicts that real estate prices in Kaohsiung will continue to appreciate at a similar rate in the short term.
Housing prices in New Taipei City and Hsinchu have risen slightly over the past three months, at levels similar to the inflation rate. Ma points out that the data provided by other pricing indexes is several months old at the time of publication, whereas the data published by the AHPI will be at most a few weeks old.
Chang Chin-o, a member of the AFERC advisory committee, said that a useful real estate pricing index needs to be timely and comprehensive, and that the AHPI comes out on top on both counts. Chang also said that areas covered by an index should be as small as possible, since this increases its accuracy, and that the innovative approach used by the AFERC will help make up for the insufficient sample size in some administrative regions.
Although other indexes have long been published by government agencies and real estate companies, they are neither timely nor comprehensive. For example, according to Ma, the index published by the Ministry of the Interior was last updated in June of this year, and some of the indexes published by real estate companies only cover the six special municipalities. By contrast, the AHPI provides data on the latest market conditions in the six special municipalities as well as in ten counties and cities. In the future the AHPI will provide information on market trends in even smaller administrative divisions, such as the Daan District and Wanhua Districts in Taipei City. 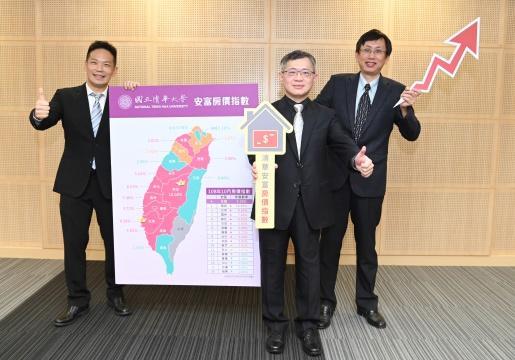 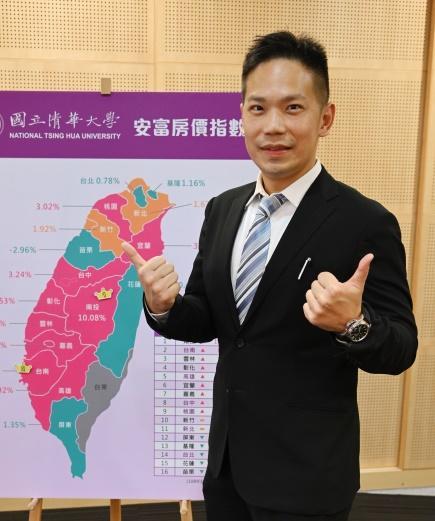 Ma is confident that the AHPI will soon become the premier index in Taiwan. 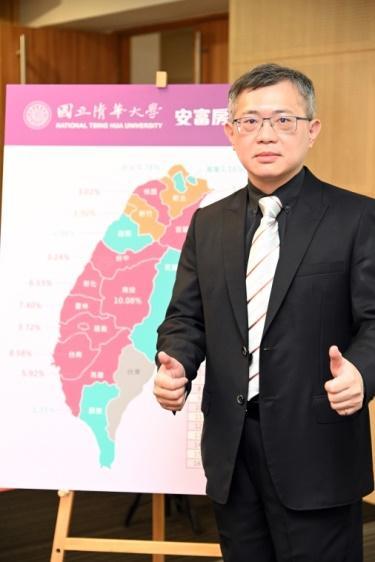 Lin said that the AHPI will come out on the fourth Thursday of every month.