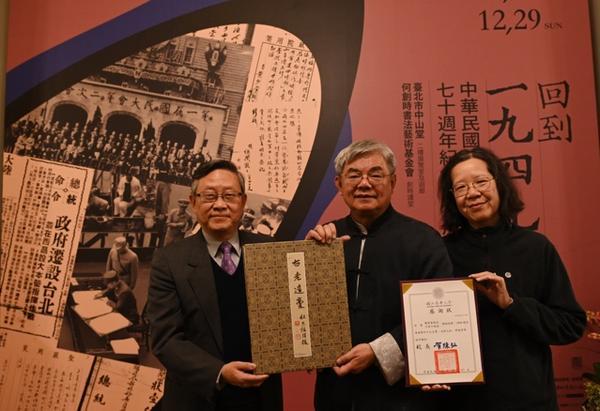 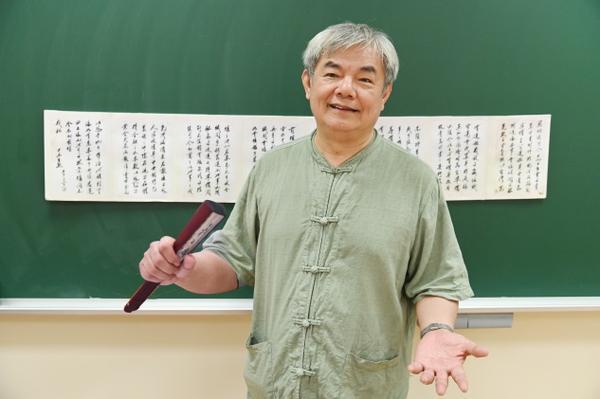 Yang’s collection includes a letter written in late May 1949 by Chiang Kai-shek to General Tang Enbo. 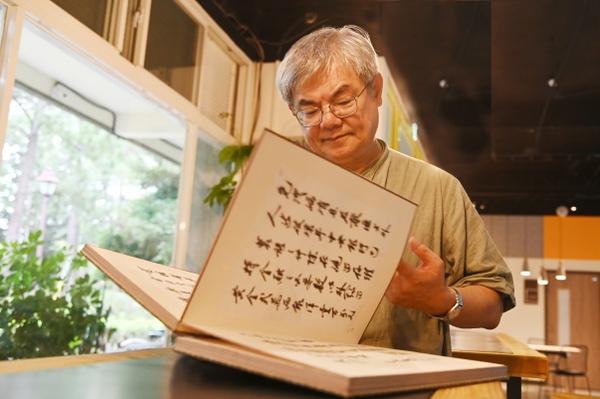 While teaching at NTHU for 30 over years Yang used practically all of his income in acquiring his impressive collection. 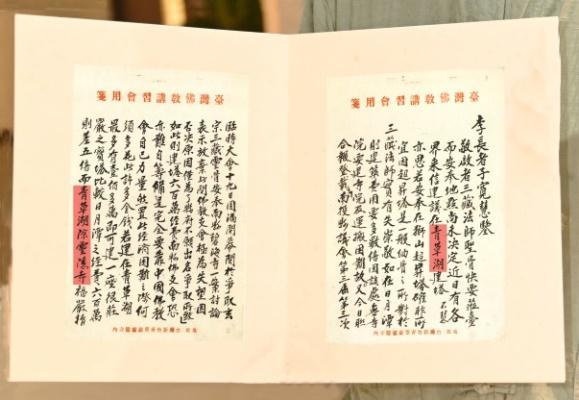 In this important letter in the collection, the Buddhist monk Wushang petitions the central authorities to entrust his Lingyin Monastery in Hsinchu with the enshrinement a relic of Hsuanchuang. 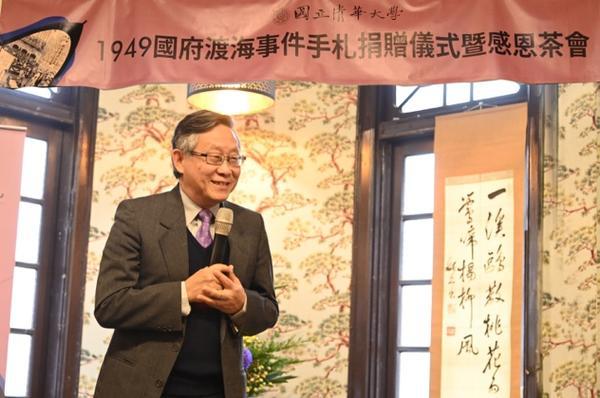 NTHU president Hocheng Hong said that providing an accurate and reliable portrayal of the past is one of the central missions of modern education.

Former NTHU president Liu Chao-shiuan said that the reverberations of the period covered by Yang’s collection continue to be felt down to the present.

Huang Yi-long made it a point to bring his parents to the donation ceremony, since they personally participated in the events to which the collection bears witness.