2019.12.02
For the past nine years NTHU’s International Volunteer Society (IVS) has been sending the Belize Educational Service Group (BESG) to Belize to teach elementary school teachers and students how to use computers; in addition, they have donated a total of 500 used computers and 24 solar panels, and have also provided 18 scholarships to help disadvantaged children complete secondary school. In recognition of the BESG’s many contributions to his country, Belize’s Deputy Prime Minister and Minister of Education Patrick Faber has selected the BESG for inclusion in this year’s Belize Youth Awards.
Organized by Belize’s Ministry of Education, the Belize Youth Awards honor young leaders aged between 15 and 29 who have made a significant contribution to Belize society in such areas as education, health care, human rights, and technology. This year the international volunteer team category was added to the Awards, and was awarded to NTHU’s BESG, which was commended for its ongoing commitment to improving local education and for meeting the highest standards of morality, integrity, citizenship, and social responsibility.
The awards ceremony was held on November 29 at the Civic Center in Belize City, the central American nation’s largest city. Representing the BESG at the ceremony were this year’s team leader Huang Sheng-fen and next year’s team leader Huang Cheng-tai.
At the ceremony Faber said that the BESG has served in many parts of Belize over the past nine years, and that earlier this year he visited NTHU for a meeting with donors and students who have served in Belize. He said that the BESG well deserved the award and thanked Taiwan for its long-term support.
The BESG was established in 2011 by Kieran Ryan, a student from Belize studying in NTHU’s IMBA program. At that time the IVS had already sent volunteer teams to serve in Africa, and when Ryan saw how good his Taiwanese classmates were with computers, he decided to organize a team to teach basic computer skills in his hometown in the west of Belize.
Huang Jianlun, last year’s BESG assistant leader, said that while focusing on teaching simple computer word processing to primary school children in rural areas, they soon discovered that very few computers were available in such areas, so they began collecting second-hand computers to donate to needy schools. Afterwards they found that many areas lacked a steady supply of electricity, so in 2012 they began to solicit donations of solar electricity panels for their next trip to Belize.
Huang said that they also discovered that more than half of the children in Belize are unable to complete secondary school due to financial hardship. Thus in 2015 the team began providing scholarships which help poor children complete their schooling. Each returning team shares its experience with the next team preparing to serve in Belize, thereby fine-tuning their work in accordance with the latest developments in Belize.
Huang Sheng-fen, a graduate of the Department of Education and Learning Technology, said that she was a member of the 2017 BESG and that she enjoyed it so much that she again joined the team in 2019 as the team leader. Upon returning to Taiwan at the end of August she began wondering if she would ever return to Belize, and was therefore surprised and delighted when she received the message from the Belize Ministry of Education inviting her to participate in the awards ceremony.
Huang said that when she went to Belize for the second time, she saw that the hard work of the previous years’ volunteer groups had begun to gradually bear fruit. For example, she found that in stark contrast to two years ago, the computer classroom was tidy and well maintained, and that the teachers were making good use of the computers and teaching materials previously provided by the BESG.
Huang Cheng-tai, a master’s student in the Institute of Nuclear Engineering and Science, said that through its long-term service projects, the BESG has earned a strong reputation in Belize, and that there is even a road which has come to be known as “Taiwan street.”
Huang Jianlun said that when he went to Belize a few years ago with the BESG he was awarded a medal and was interviewed by the local TV station, and that he was much surprised when afterwards locals recognized him while he was walking down the street.
Huang Sheng-fen and Huang Cheng-tai both modestly attributed the BESG’s achievements to all the valuable support provided by NTHU, and Huang Sheng-fen added that participating in the BESG was amongst the most meaningful episodes of her university education.
The first of its kind in Taiwan, the IVS was established in 2007 under the impetus of Hocheng Hong, who at that time was the dean of student affairs and is now the president of NTHU. So far, more than 600 members of the IVS have served in a total of eight countries on three continents, including Belize, Tanzania, Kenya, and Malaysia. 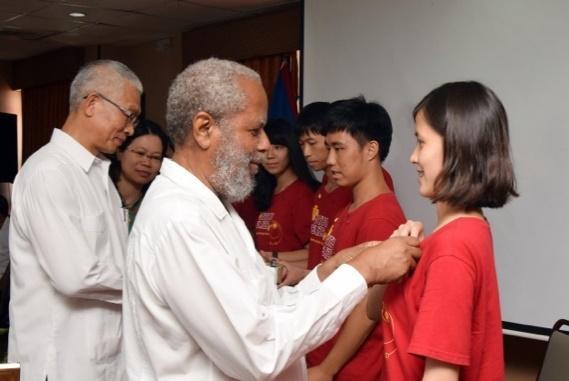 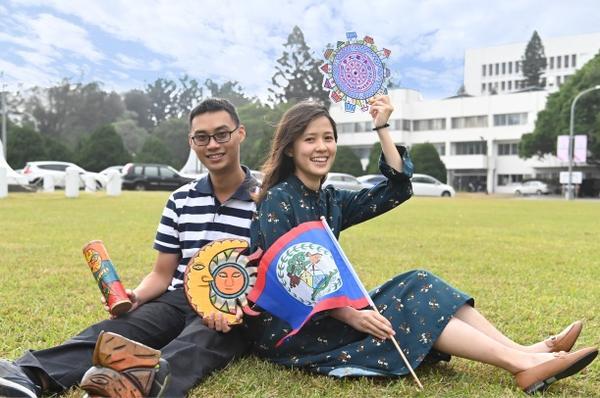