Due to its high safety, ultrasound is widely used for conducting physical examinations, and plans are currently underway for expanding its application to the treatment of Parkinson's disease, dementia, and diabetes. An interdisciplinary research team at NTHU led by Associate Prof. Frank Lin of the Institute of Molecular Medicine and Prof. Yeh Chih-kuang of the Department of Biomedical Engineering and Environmental Sciences has successfully cured Parkinson's disease in mice by injecting cellular proteins that are highly sensitive to ultra-high-frequency sound waves into the deep brain region and afterwards using ultrasound to activate the cells.
Their innovative research has been published in the January issue of the prestigious international journal Nano LettersNano Letters, and their non-invasive treatment has already been patented in Taiwan and the US in preparation for use in hospitals.
A specialist in synthetic molecular biology, Lin has long sought to find a safe, non-invasive way to control cell activity. Although light waves are safe, they can only penetrate the body to a depth of about 0.2 cm; magnetic waves can penetrate deeper, but lack precision. By contrast, ultrasonic waves penetrate to a depth of up to 15 cm, and can be focused on the affected area. Once ultrasound was recognized as safe and feasible, the challenge was to find a way to make cells respond to it.
Lin said that all mammals have a kind of high-frequency auditory pressure protein known as prestin. All prestin responds to ultrasound, but the prestin in the human body has little sensitivity to ultrasound. By contrast, the prestin in dolphins, whales, and bats is highly sensitive to ultra-high frequency sound waves, and Lin set out to determine why. By comparing their genetic maps he found that they all have a special amino acid, which he colonized into the cells of mice to modify their stress proteins. This resulted in an immediate tenfold increase in the cells’ ability to sense ultrasound.
Lin’s next task was to find a way to use ultrasound to treat diseases, for which purpose he turned to ultrasound expert Yeh, who devised a way to enclose prestin gene fragments in tiny bubbles which can be imported into the affected area by intravenous injection. As soon as the ultrasound is applied, the bubbles break, introducing the gene fragments into the affected cells, thereby activating their ability to detect and respond to ultrasound.
As Yeh points out, Parkinson's disease and Alzheimer's disease are caused by the degeneration and death of the cells in the basal nucleus of the brain. But once the cells with prestin gene fragments have been transplanted into the affected area, ultrasound can be applied to awaken atrophied cells so that they can begin to form new neural connections.
The research team has produced a video showing how a mouse with Parkinson's disease stops short while crossing a wooden bridge, and how the same mouse, following cell transplantation and ultrasound treatment, easily crosses the bridge in less than three seconds. It has also been found that the treatment results in a significant increase in dopamine levels in the brain, demonstrating its effectiveness in the treatment of Parkinson's disease. Lin said that this same procedure can also be used to treat diabetes by stimulating insulin-producing cells. 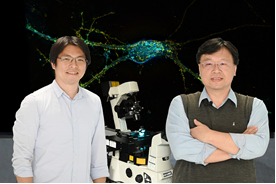 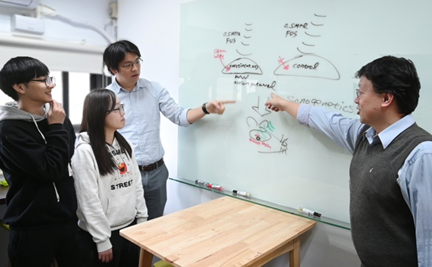 The research explains the mechanism of Ultra sound treatment.