Expanding Career Paths with a Specialization in Medical Technology

In the ongoing effort to give increasing emphasis to education and research in the field of medical science, NTHU is preparing to launch three new programs—a post-baccalaureate in medicine, and doctoral programs in precision medicine and the biomedical applications of artificial intelligence (AI)—and is joining forces with Taoyuan City to establish the Tsinghua University Hospital. In addition, the University is planning to offer program combining medical science and technology which will be open to all undergraduates.
After passing the university entrance exam, many senior high school students are faced with an agonizing choice: bowing to their parents’ expectations by majoring in science and engineering, or pursuing their own interest in the arts or humanities. To help deal with this conundrum, NTHU implemented provisions allowing undergraduates in all programs to officially add a second or even third specialization in 2006.
Vice president for academic affairs Chiao Chuan-chin said that nearly 20 percent of those who graduated from NTHU last year had a specialization in addition to their major, and there were nearly a hundred cross-disciplinary combinations, including management and law, anthropology and sports science, materials science and philosophy, and electrical engineering plus life sciences. Chiao added that the opportunities for unique combinations greatly increased when National Hsinchu University of Education was merged with NTHU, resulting in the addition of the College of Education and the College of Arts.
In response to the latest societal trends, last year NTHU launched a number of school-wide specializations in AI, including a 19-credit program for non-science and engineering students titled “AI Application Basics,” and a 21-credit program for science and engineering students titled “AI Advanced Applications.”
Chiao said that the new specialization in medical science and technology will provide students from all programs with more opportunities for diversification.
For example, prosthetic manufacturers require workers with a solid knowledge of mechanical engineering, pharmaceutical companies require researchers with expertise in the biological sciences, and the treatment of aphasia requires professional skills in speech therapy and psychological counseling.
Amongst those planning the new specialization in medical science is Prof. Chen Lin-yi of the Department of Medical Science, who said that the program is expected to include courses in human physiology and anatomy, virtual anatomy, medical genetics, medical statistics and epidemiology, microbiology and immunity, molecular diagnostics, internal medicine, medical law and research ethics, physiological measurement and music therapy, cancer biology, biomedical engineering, and human database analysis.
By way of example, Chen said that a student of the Department of Computer Science who graduates with a the specialization in medical science would be well placed for jobs in fields which require expertise in both areas, such as precision medicine, the biomedical applications of AI, biomedical electronics, medical data analysis, physiological testing analysis, and medical materials software development.
Prof. Tseng Fan-gang, the director of the Office of Research and Development, said that although NTHU does not yet have a college of medicine, in the academic rankings of Taiwanese universities published by Times Higher Education it was ranked fifth in medical science, and first amongst universities without a college of medicine.
Tseng further indicated that NTHU has a very solid foundation in medical physics, medical materials, medical imaging, and precision medicine; and that more than 180 of the school’s 800 faculty members are engaged in research related to medical technology. In addition, for the past 20 years NTHU has been cooperating with more than ten large medical centers at home and abroad. 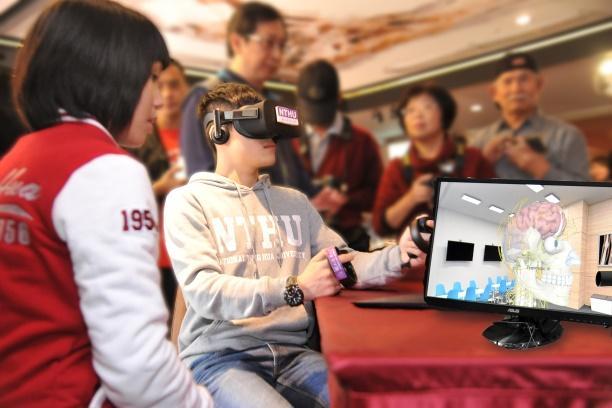 The Department of Medical Science is using a virtual reality system to teach human anatomy. 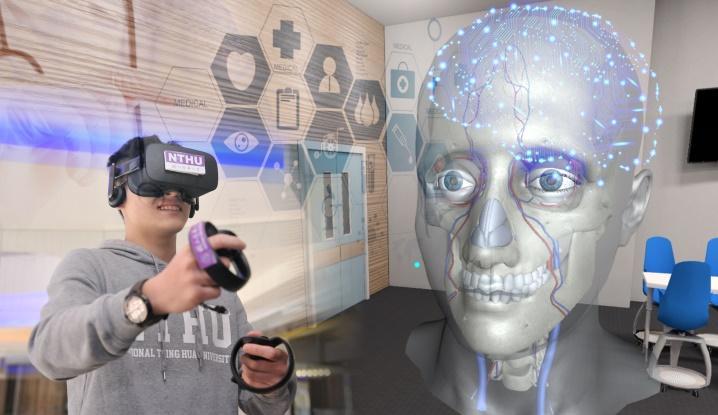 A student of the Department of Medical Science using virtual reality to study human anatomy. 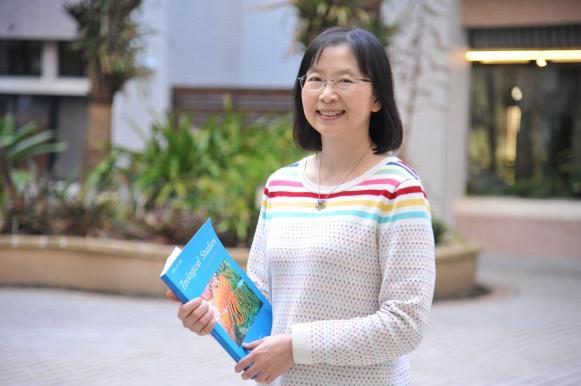 Amongst those planning the new specialization in medical science is Prof. Chen Lin-yi, director of the Department of Medical Science. 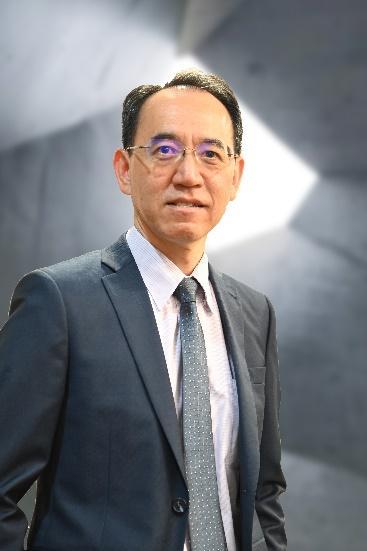