NTHU Announces the Recipients of the 2022 Outstanding Alumni Award

2022.04.25
Congratulations to Chen Wen-tsuen and SC Hsin, the recipients of the 2022 Outstanding Alumni Award.
Chen Wen-tsuen(陳文村) (B.S., nuclear engineering, 1970)
A leading figure in the development of computer science in Taiwan, Chen Wen-tsuen is also distinguished for his many outstanding contributions to NTHU and society at large.
While serving as the director of the Advisory Office of the Ministry of Education, Chen helped establish the Taiwan Academic Network (TANet), the first Internet in Taiwan, and he has made many contributions to Taiwan's high-tech industry. From 1990 to 2004, Chen served first as co-chairman and then as chairman of the Technical Evaluation Committee of the Industrial Technology Research Grants Program of the Ministry of Economic Affairs, and in 2004 he was awarded the Ministry of Education's Lifetime National Chair.
In 2006, Chen became the first NTHU graduate to serve as the school’s president, and it was during his four-year tenure that the school began to receive considerable international recognition. For example, NTHU’s ranking in the Times Higher Education magazine published in the UK went from 343 to 107, the highest ranking among all universities in Taiwan.
Moreover, during his tenure, Chen set up the Office of the Secretariat, the Alumni Service Center, and the Division of University Development. With respect to fundraising, Chen successfully raised nearly NT$800 million for the university. He also played a key role in the establishment of the Tsing Hua Newsletter and the Office of Global Affairs, and concluded a number of international exchange agreements, resulting in a major increase in the number of international students enrolled at the university. In addition, it was under Chen’s leadership that NTHU began to receive impressive rankings in the Thomson Reuters Essential Science Indicators (ESI); for example, the school was ranked among the top 50 schools in the world in materials science, and it was ranked in the top one percent in biology, biochemistry, and clinical medicine.
Chen also carried out reforms in NTHU’s admissions procedures, emphasizing interdisciplinary education and allowing freshmen to leave their major undeclared for their first year. In 2006, he launched the Rising Star program to increase the educational opportunities of promising high school students from rural areas, and in 2008 he set up Tsing Hua College, the first residential-type college in Taiwan.
Chen’s tenure was also a time of major infrastructure development at NTHU such as the construction of Guest House I, the TSMC Building, the walking trail ringing the campus, the Delta Hall, and the Macronix Building, projects which brought a whole new look to the campus. He also participated in the planning stages of the Alumni Gymnasium, the Tsing Hua Hall of Fame, and the Innovation & Incubation Hall. In 2010, National Tsing Hua University was awarded the Friendly Campus Award by the Ministry of Education, and Chen was given the Friendly Campus Outstanding Leader Award. Chen was also the guiding force behind a range of other important developments that took place during his tenure, including improvements in the quality of teaching, long-term planning, management, and school governance.
Chen played a key role in making NTHU a comprehensive university, one which encourages new students to study topics outside their major, to join student clubs, to make lots of new friends, and to live up to the school motto, “self-discipline and social commitment.” Chen defines “self-discipline” as letting your actions speak for themselves, taking one step at a time, and having the courage to overcome your limitations; he describes “social commitment” as striving to benefit others based on a commitment to truth, kindness, and beauty, and the knowledge that giving is better than getting.
SC Hsin (辛水泉)(B.S., physics, 1978; M.S., physics, 1980)
A leading figure in the development of the semiconductor industry in Taiwan, SC Hsin is also distinguished for his many outstanding contributions to NTHU and society at large.
SC Hsin received both his bachelor’s and master’s degrees from the Department of Physics at NTHU, and he is a previous recipient of the Outstanding Alumni Award conferred by NTHU’s College of Science. Hsin joined VisEra Technologies in 2010, and currently serves as its president.
When it comes to public welfare, Hsin spares no effort. As the longstanding director of the Taiwan branch of the Pearl S. Buck Foundation, he has organized a volunteer group which provides after-school tutoring for children from disadvantaged families, as well as tutoring in reading skills at elementary schools in rural areas. The Foundation also provides a range of social and educational services for new immigrants and their children.
Since graduating, Hsin has maintained close ties with NTHU. In 2011, he helped establish the Committee of 100 fundraising campaign, and in 2009 he became a mentor for the newly established residential college, in which capacity he led a group of students on an unforgettable disaster relief mission to Pingtung County following the devastation caused by Typhoon Morakot that year. He is also a longtime supporter of the Tanzania Volunteer Group at NTHU, and arranges for its members to come to his company to share their experiences and set up a fundraising exhibition.
Hsin has also participated in numerous fundraising campaigns for the Department of Physics. Over the years, he has donated millions of New Taiwan Dollars to a variety of projects, including the establishment of the general physics lab, the renovation of the astronomical observatory, retiling the veranda in front of the Department of Physics, and setting up a doctoral scholarship program. In 2019, he gave an inspiring talk at the Department on his studies, research, and career.
Hsin believes that whatever one’s course of study may be—natural sciences, humanities, or social sciences—what’s most important is learning how to become a good person and a conscientious citizen. He also encourages students to make the most of their time at university by taking a variety of general education courses and other courses outside their majors, so as to gain a broader perspective on the world, since you never know what the future has in store. 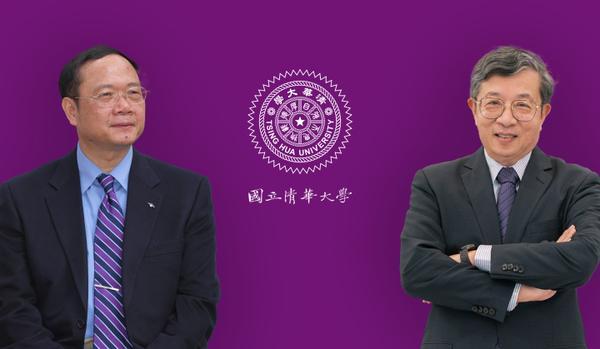 Chen Wen-tsuen (left) and SC Hsin, the recipients of the 2022 Outstanding Alumni Award. 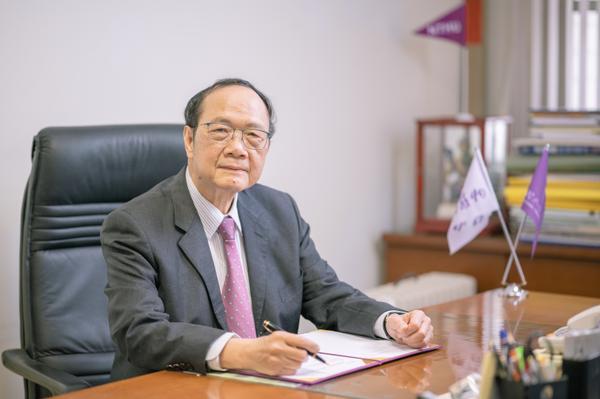 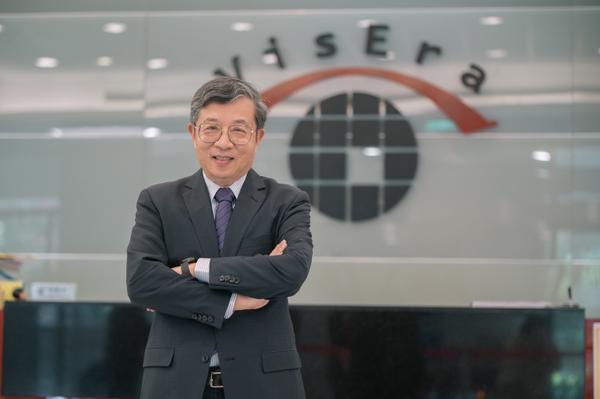