2020.08.21
You probably already know that placing a pared apple in saltwater prevents it from turning black from oxidation, but do you also know that saltwater can also be used to protect fragile quantum dot material? A research team led by Prof. Sean Chen of the Department of Materials Science and Engineering has recently developed the world’s first quantum dot material using saltwater as a coating, which not only resists water and oxygen corrosion, but can also be uniformly printed as a micro LED on flexible plastic film for use in high-resolution mobile phones, glasses, etc.
The team’s research has been published in a recent issue of ACS Applied Materials & InterfacesACS Applied Materials & Interfaces, and the material they have developed is currently being patented in the United States and Taiwan.
Eager to develop displays which are high-resolution, high-brightness, ultra-thin, flexible, and long-life for use in the goggles used in augmented reality (AR) and virtual reality (VR), and for watches and other wearable electronic devices, Apple, Samsung and other major panel manufacturers have invested heavily in the research and development of micro LEDs to replace the current OLEDs.
But arranging millions of LED dots less than 100 microns in size onto a substrate is no easy task. According to Chen, many manufacturers use a stamping method to move millions of red, green, and blue micro LEDs one by one to the substrate, but if a few small dots don’t stick, the screen will be marred by dead pixels.
One way of solving this problem is to use inkjet printing to arrange the micro LEDs, which is more efficient and cost effective. However, once the quantum dot solution is printed, convection occurs inside the droplet, pushing the material to the periphery, leaving it unevenly distributed, similar in appearance to the lighter center and darker periphery seen in a drop of coffee dropped onto a light surface, the so-called “coffee ring phenomenon.”
By adding salt water (a sodium chloride solution) to the quantum dot solution, Chen’s research team successfully coated the quantum dots, which formed into crystals, what Chen describes as “grabbing hold of the quantum dots and condensing them into a uniformly distributed dot.” Such “coated” quantum dots are also more stable and corrosion resistant, like apples soaked in saltwater.
The team member who came up with the idea of soaking the quantum dots in salt water was Ho Shih-jung. He observed from photomicrographs that when quantum dot material without saltwater is printed, it scatters into irregular shapes, but by adding saltwater, they gradually shrink and converge into a uniform and beautiful crystal.
According to Ho, adding saltwater to the quantum dot solution also makes it possible to spray smaller droplets, explaining that the droplet size of current quantum dot printers is about 30 to 50 microns, but by adding saltwater the size can be reduced to as small as 3.7 microns, which is about 1/20 the diameter of a human hair, and the resolution is even better.

A research team led by Prof. Sean Chen of the Department of Materials Science and Engineering has recently developed the world’s first quantum dot material using saltwater as a coating. 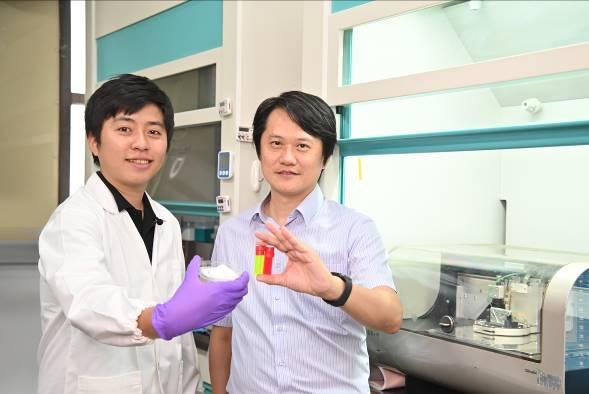 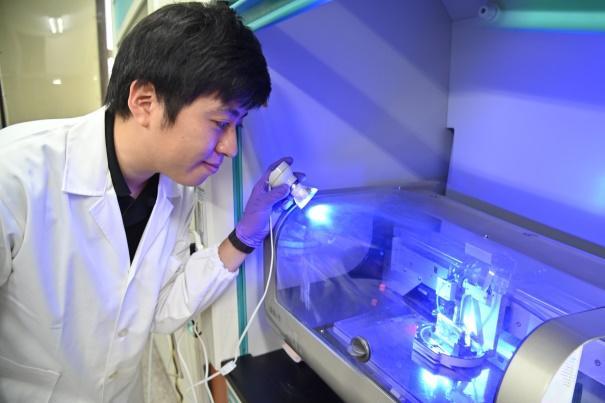 Team member Ho Shih-jung of the Department of Materials Science and Engineering. 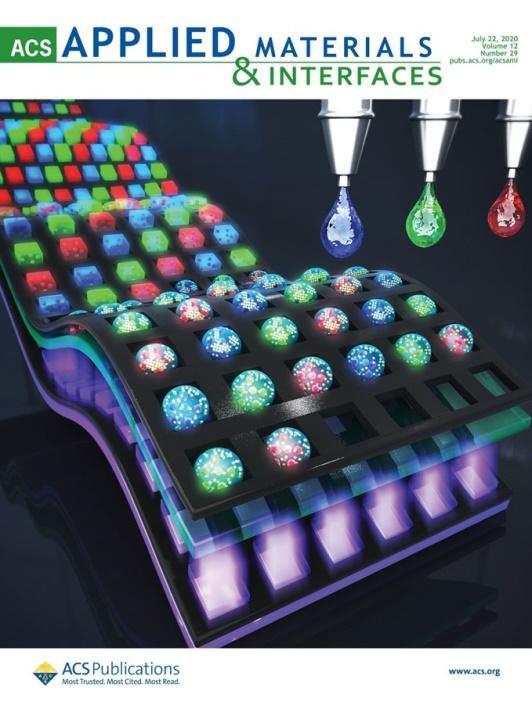 The Team’s groundbreaking research has been published in a recent issue of ACS Applied Materials & Interfaces. 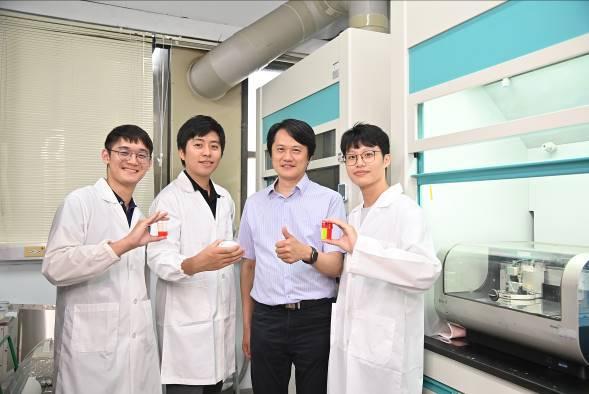