2021.04.15
Fifteen students of the College of Arts participated in this year's Laval Virtual, the premier virtual reality and digital arts festival in Europe, and NTHU was the only university in Asia invited to participate. The virtual event was held online on April 15th and 16th, and amongst the amazing scientific and technological works of art featured at the Tsinghua Pavilion were digital creatures emerging out of a power outlet and window grilles in the form of barcodes.
First held in Laval, France, in 1999, and held annually ever since, Laval Virtual was the first virtual and augmented reality exhibition in Europe, and has quickly become well known for introducing the latest innovations in virtual reality. Four years ago the event was expanded by the addition of the Recto VRso international digital arts festival, which features artists from all over the world showcasing their works created using virtual and augmented reality.
Due to the covid-19 pandemic, both events were held online last year and this year, and again attracted a host of top artists and talented students of art and technology. This year NTHU participated for the first time, and set up its own virtual pavilion, alongside those set up by students from top universities in such countries as France, Canada, and Austria.
The advisors of the NTHU team were Profs. Pan Cheng-yu(潘正育) and Chen Chu-yin（陳珠櫻）of the College of Arts, who specializes in digital creativity, and previously taught at the University of Paris VIII.
Chen said that the pandemic may have restricted people’s movement, but it hasn’t stifled the creativity of artists, especially in the world of virtual art, where imagination and creativity continue to flourish, and that she has been quite impressed by the creativity her students have put into their entries for the Festival.
Amongst these is Huang Jihong（黃紀虹）, a sophomore in the College of Arts’ interdisciplinary program, whose entry Digital CreaturesDigital Creatures consists of a series of imaginative creatures emerging from a power outlet when you move your tablet or mobile phone close to the socket.
“Technology brings imagination to life,” exclaimed Huang, as she moved her tablet near the socket, whereupon a virtual creature that looks like a robot appeared on the screen, while another one paced back and forth by the socket, and yet another one lit up like a street lamp.
Huang said that the lanky, slightly hunchbacked creature is called the “Lamp Bearer,” because he carries a street lamp which illuminates the world; the “Light-seeker” represents fans, groupies, and hangers-on; the “Pioneer” is in the form of a fish to represent people on the move; and the “Go-getter” carries his own battery, so he’s not tied to the socket.
As for the faceless creature with a white, round head, holding a tablet, Huang explains, “This creature represents all the visitors at the event, and how they have become a member of my virtual world.”
The entry Behind the GrilleBehind the Grille was created by Lin Ziyan(林子妍), a sophomore in the College of Arts interdisciplinary program. This piece arose out of her keen interest in window grilles and home furnishings, and what they reflect about the occupants. Thus she transformed the grilles into QR codes which display a detailed view of the daily life of the residents. Lin explained that when you use your mobile phone to scan the QR code, you get various clues as to who lives there, such as the sound of a piano, an array of succulent plants, an altar, TV news, or a typical quarrel.
In addition to the online exhibition, all of the NTHU entries were on display for the last half of April at the Chushi Artist Space on the Nanda Campus of NTHU, in an exhibition titled Re-enchanting Daily Life: The 2021 Tech Art Campus Exhibition. The exhibition was curated by a prominent French curator Jean-Luc Soret, who worked online from his home in Paris.
The general coordinator of the exhibition was Lin Junhuang（林俊遑）, also a sophomore in the College of Arts’ interdisciplinary program. Through extensive discussions with all the participating students, and in consultation with Soret, he designed a lighting scheme using spotlights to highlight each work, thereby making the most of the limited space in the venue. 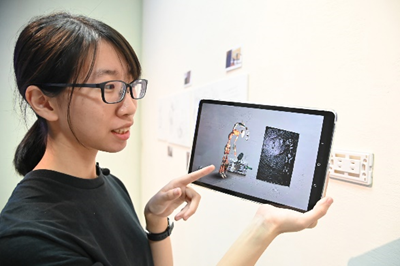 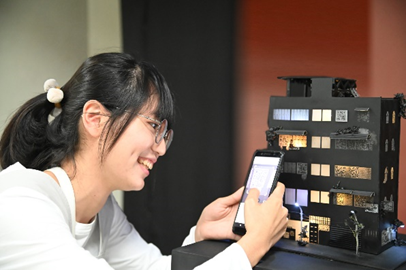 Lin Ziyan (林子妍)demonstrating her entry Behind the Grille. 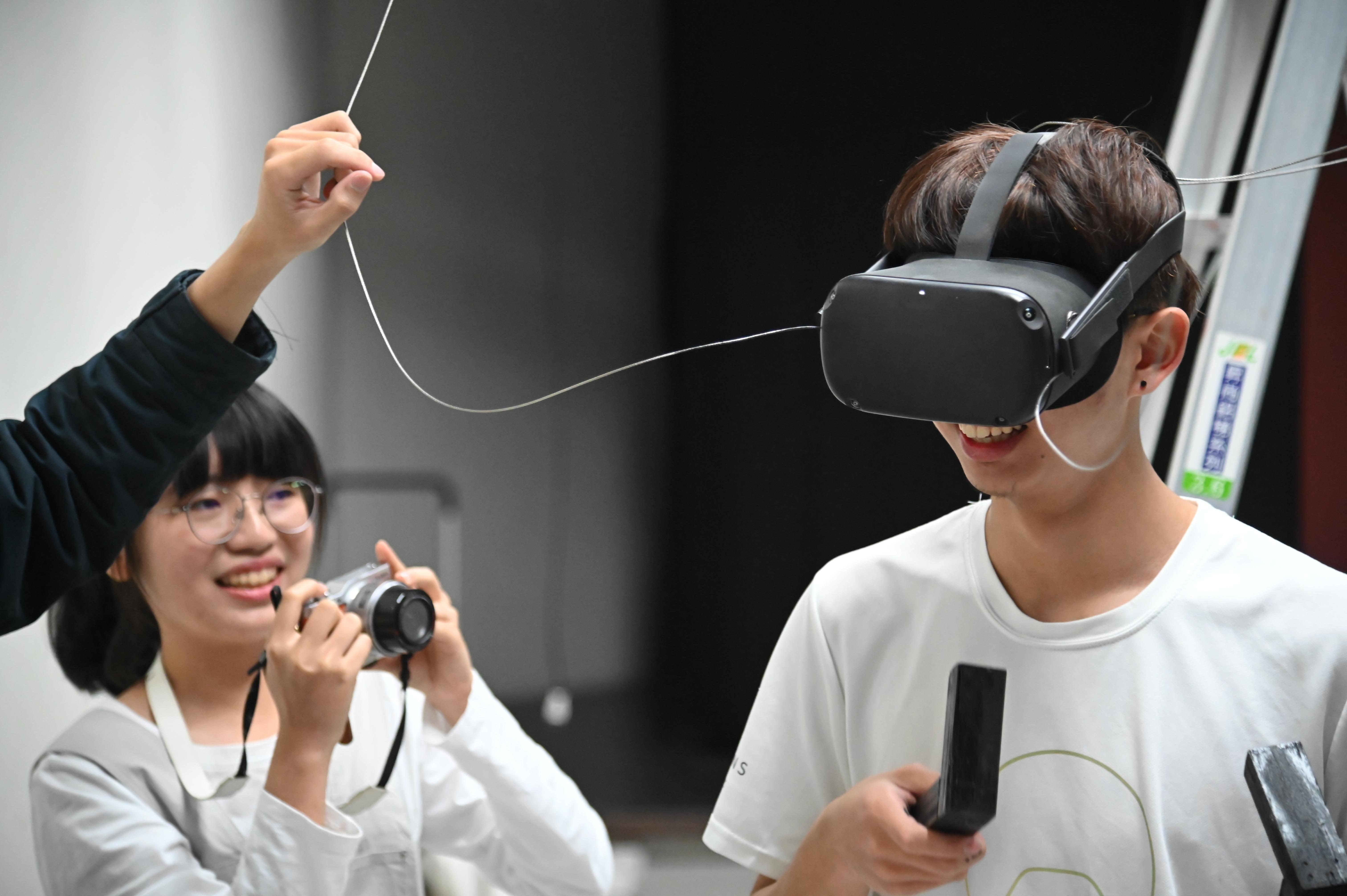 Participants setting up their entries. 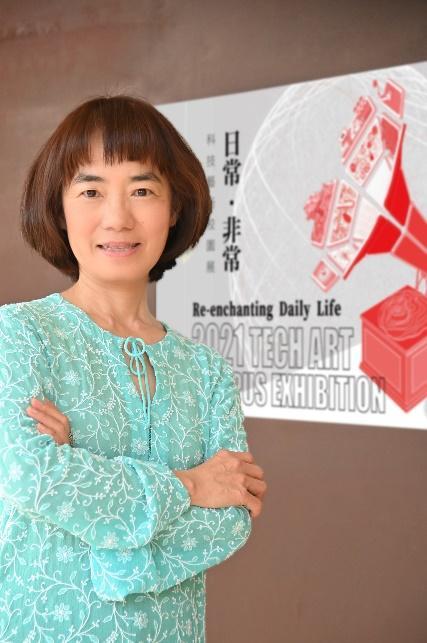 The participants were guided by Prof. Chen Chu-yin of the College of Arts. 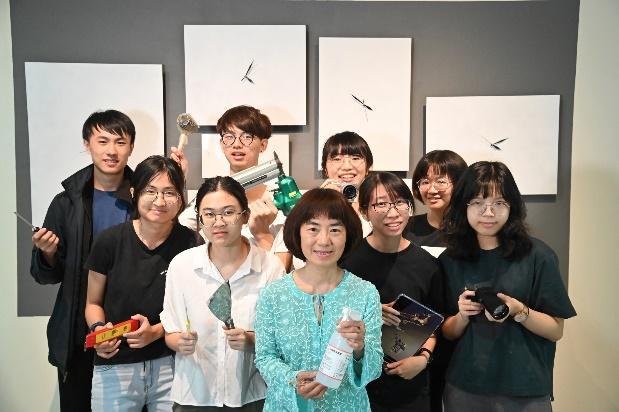 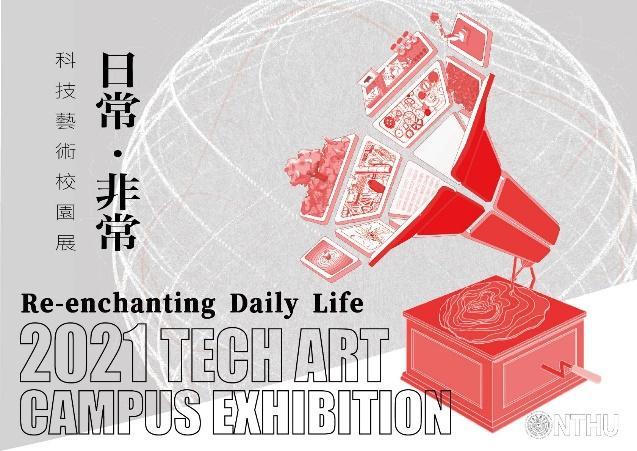 The entries were put on display at an event titled Re-enchanting Daily Life: The 2021 Tech Art Campus Exhibition 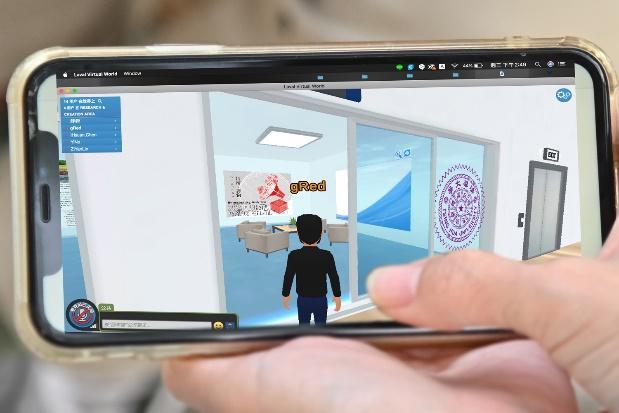 The Tsinghua Pavilion at Laval Virtual.