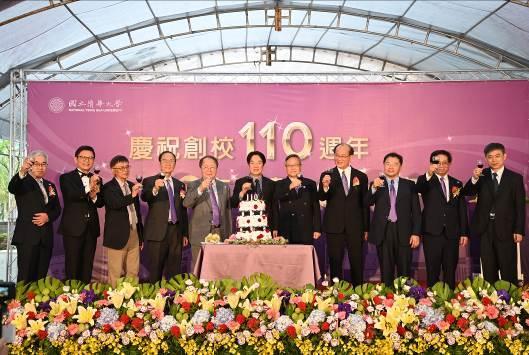 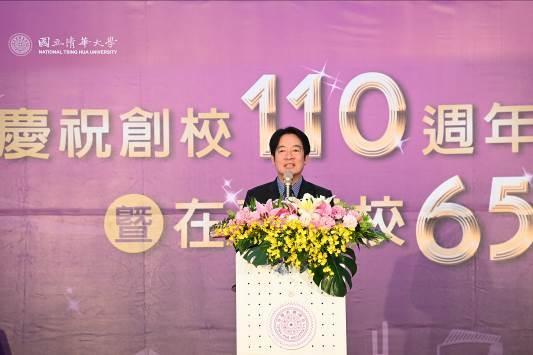 During his speech at the luncheon, ROC vice president William Lai said that in recent years NTHU has become a paragon of cross-disciplinary education and research. 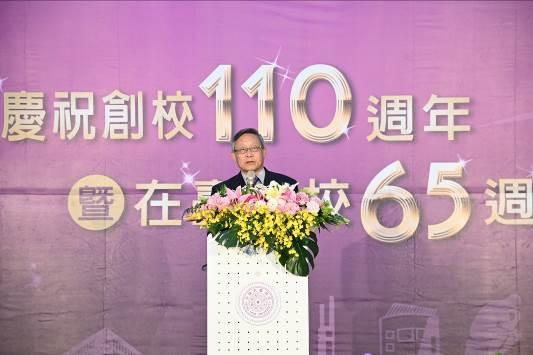 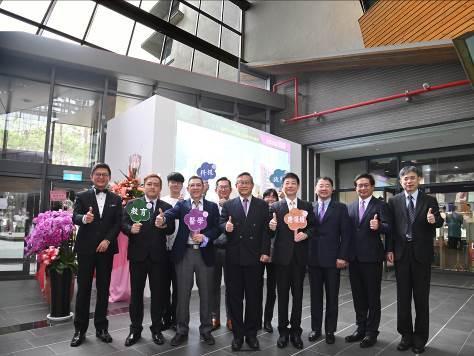 President Hocheng Hong (center) with the first six alumni featured on the Tsinghua—A New Facebook website, and this year’s winners of the Outstanding Alumni Award. 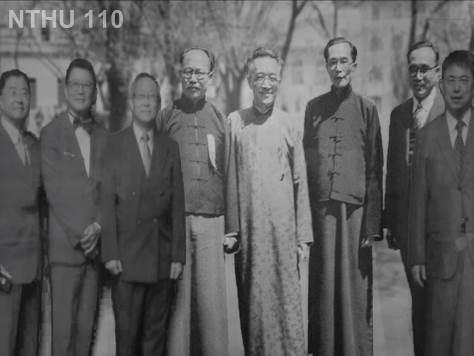 Hocheng Hong and outstanding NTHU alumni transported back in time by Images Leaping across Time and Space, to have their photos taken alongside such prominent Tsinghua personages as Mei Yi-chi（梅貽琦）and Hu Shih（胡適）. 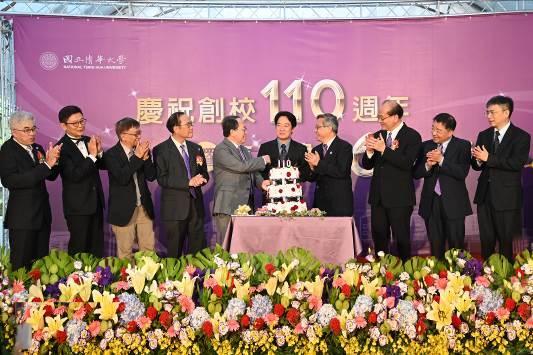