2021.06.28
Chou Chiao-chi(周巧其), a doctoral student at the Institute of Biotechnology, was born in a rural area of Taichung County, spent much of her summer vacation running summer camps for disadvantaged students. When the covid-19 pandemic began to rear its ugly head in Taiwan at the end of last spring semester, she quickly organized an online summer camp titled Something to Do This Summer, featuring volunteer teachers from all over Taiwan and even one in the United States. The camp consisted of six modules: science, dance, music, animation, programming, and fashion design.
Chou said that the participants in the science module learned about the various types of mold found in a typical household and then applied what they had learned to preparing an entry for a science fair; those in the fashion design module were guided in weaving fabric using plants and other locally sourced materials; those music module participants learned how to compose digital music; in animation module, students learned how to create animate games; and those in the programming module learned how to make a blood-oxygen machine.
The summer camp began on July 19 and was completely free. Each module ran for two weeks and met three times per week, two hours each time, for a total of 12 hours. Due to the need for remote synchronization and the limited amount of materials available, each course was limited to 15 students. Enrollment was limited to students aged 12-14 from middle- and low-income households in remote areas; students with special circumstances; and the children of front-line medical staff.
Chou recalls how during her childhood she enjoyed the wonders of nature in her hometown, yet many of her classmates were so poor that they had to spend their free time picking mushrooms, for which they only earned only about NT$14 per basket. Thus when covid-19 hits Taiwan, she saw it as a great opportunity to organize an online course for disadvantaged students in rural areas.
The first module, titled The Science Corner, was conducted by Chou herself. Using petri dishes delivered to their homes in advance, the participants were shown how to cultivate mold by using the microorganisms commonly found at home, which they then used to produce a mini science exhibition. She was assisted by Lin Guanyu, currently a PhD candidate at Stanford University in the United States, and Lin Ziyang, a doctoral candidate at NTHU who currently writes a science column for the Mandarin Daily News.
Lin Guanyu(林冠宇) won a gold medal in the International Junior Science Olympiad competition at the age of 13, and later won gold medals in the International Physics and Geoscience Olympiads. Despite the fact that he is currently working on his doctoral dissertation, and undeterred by the 15-hour time difference between the US west coast and Taiwan, Lin immediately accepted Chou ’s invitation to teach a session on optics.
The module titled Digital Creation: p5.js and the Internet of Things was taught by Hu Youyang(胡悠揚), the co-founder of the Y2K science innovation team, and Lai Junting(賴俊廷), the founder of the Perceptual Savage science innovation team. They taught the participants how to use the open-source JavaScript library “p5.js” to write programs. They also taught them how to make a blood-oxygen machine which displays an animated warning drawn by the student whenever the user’s blood-oxygen level falls below 95%.
Fashion Design 101was co-taught by fashion designer Wu Jiaying(吳家盈) and Chuang Ching-an(莊景安) of the Department of Arts and Design. They taught their students about different fibers, fabrics, and expressive methods. They provided the participants with a simple kit for making hand-made paper, and had them collect local weaving materials, such as bamboo.
The module MAYA Animation was taught by multimedia animation designer Yan Haoyu(顏浩宇), who taught the kids the 12 rules of animation and how to use MAYA software, enabling them to create a 10-second animation video.
The Let’s Make Music module! was taught by Chou Hsuanhung(周宣宏), who has a master’s in film and multimedia soundtrack from New York University, and who is currently the resident composer of the Kaohsiung Symphony Orchestra. Chou taught the students about the computer software used for composing music, how it’s used to edit musical compositions, and how to create mobile phone ringtones, commercial soundtracks, and pop music.
The module Move Your Body was taught by Wang Hsiang-ti(王湘緹), who has a master’s in dance from the University of Taipei. Wang taught the students about the various muscles in the body, balance, and choreography.
Chou is a student of Prof. Li Chia-wei(李家維), a distinguished professor at the Institute of Molecular and Cellular Biology. Li is planning to retire in the near future, and had already begun to reduce his student-advising duties, but he was so moved by Chou 's enthusiasm that he decided to make an exception. The first time Chou met Li, she asked him what he saw as his greatest accomplishment in life, and he still remembers how touched Chou was when he replied that it was the special course he and his colleagues at NTHU taught for aboriginal students in Pingdong in the aftermath of Typhoon Morakot in 2009.
“When I told her that real generosity means giving your best to those who need it most, rather than simply giving away whatever you no longer need to whoever happens to be around, she kind of lit up,” recalls Li, who is highly impressed by the way Chou has taken his advice to heart and put it into practice, undeterred by a lack of financial resources.
All the lecturers volunteered their time; the cost of the course materials and postage was minimal, and was covered by a donation of NT$50,000 from art collector Chang Yamei(張雅美), plus a NT$20,000 donation provided by Y2K. “I wouldn’t think of it as a great act of philanthropy; the way I see it, when there is a need you can fulfill, you just do it,” said Chou with a beaming smile. 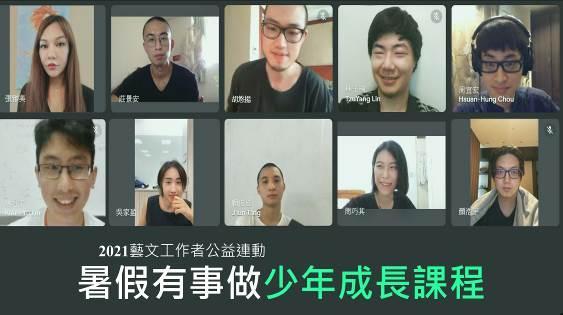 The homepage of the Something to Do This Summer website. 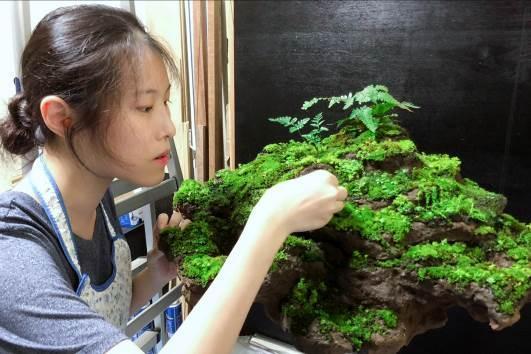 Chou taught the participants how to cultivate mold by using the microorganisms commonly found in the home. 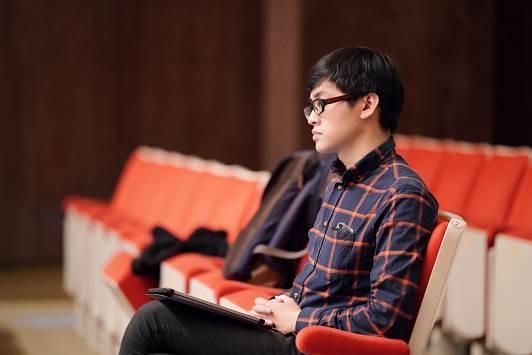 The module Let’s Make Music! was taught by Chou Hsuanhung(周宣宏), who is currently the resident composer of the Kaohsiung Symphony Orchestra. 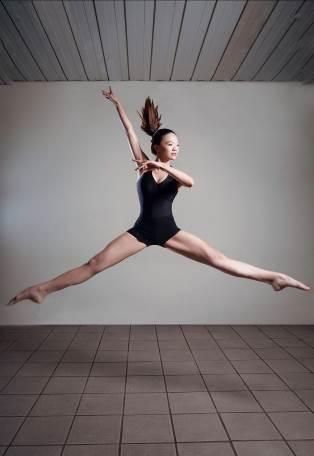 The module Move Your Body was taught by Wang Hsiang-ti(王湘緹). 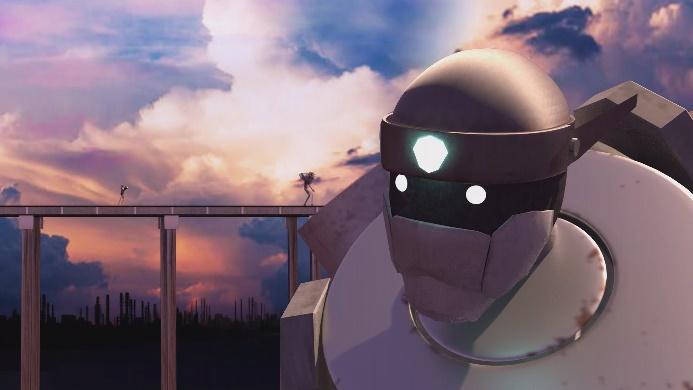 In the module MAYA Animation the kids learned how to use MAYA software to create an animation video. 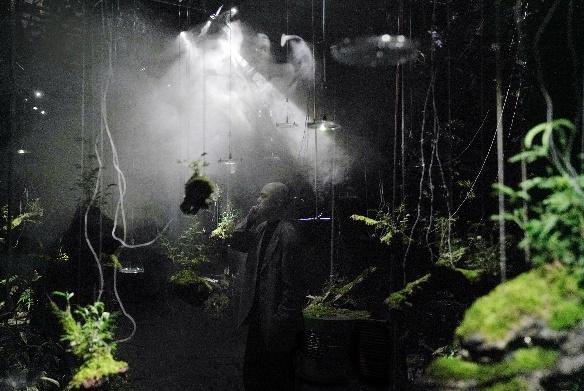 An exhibition by Y2K founders Chou Chiao-chi(周巧其)與and Hu Youyang(胡悠揚) at the National Museum of Natural Science in March 2021. 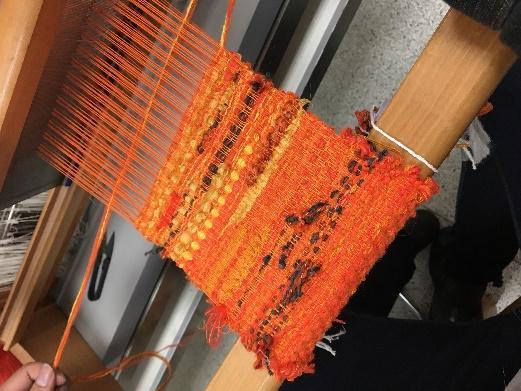 Wu Jiaying(吳家盈) taught the participants the basics of weaving.