2021.08.03
Former president Liu Chung-laung(劉炯朗) passed away last year, and people from all walks of life cherish the memory of this internationally renowned educator and pioneer in information science. In his honor, NTHU has recently announced the establishment of the Liu Chung-laung Chair Professorship, to be supported by a NT$30 million endowment donated by Macronix International. President Hocheng said that Liu was a model president, and that the Professorship will ensure that his name will be forever associated with Tsinghua.
President Hocheng said that the hoary-headed Liu enlivened all manner of occasion with his geniality and sense of humor. Past NTHU presidents who have also been honored with an eponymous chair professorship include Mei Yi-chi(梅貽琦) and Shu Shien-siu(徐賢修).
The Chair Professorship will be funded by the interest generated by the endowment, and will recruit internationally renowned scholars in a variety of fields. Each chair professor will be appointed for three years, and can be reappointed. During the period of the appointment, each appointee will be required to publish research results in the name of the Chair Professorship, and to participate in academic seminars and public welfare activities.
Hocheng said that the University is currently selecting a new president, and that it would be terrific if the new president were to concurrently serve as the Liu Chung-laung Chair Professor.
Liu strongly resonated with Macronix’s focus on innovation and R&D, as well as its emphasis on education, and for many years he served as the director of the Macronix Education Foundation, in which capacity he helped establish the Macronix Golden Silicon Award and the Macronix Science Award, both of which have helped countless talented young people pursuing careers in science and technology.
Macronix chairman Miin Wu(吳敏求) said that Liu was a rare combination of humor and erudition, and that his reputation in computer science will surely attract top-notch scholars to NTHU.
Liu served as the president of NTHU from 1998 to 2002, during which time he facilitated major corporate donations for the construction of several new buildings, including the Macronix Building, a multifunctional library for which Macronix donated NT$400 million—the largest corporate donation ever made to a single university at the time. 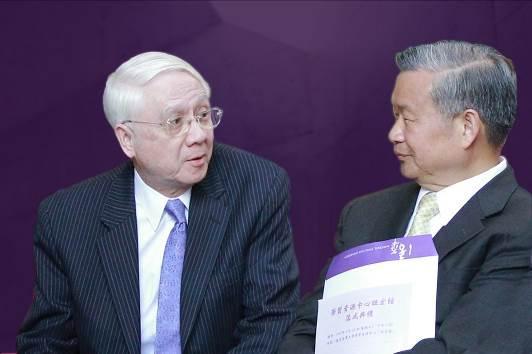 Former NTHU president Liu Chung-laung(劉炯朗) (left) and Macronix chairman Miin Wu(吳敏求) at the inauguration ceremony of the Macronix Building in 2011. 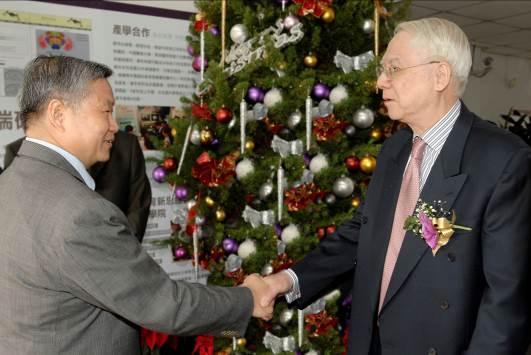 Former NTHU president Liu Chung-laung (right) and Macronix chairman Miin Wu at the beam-raising ceremony of the Macronix Building in 2009. 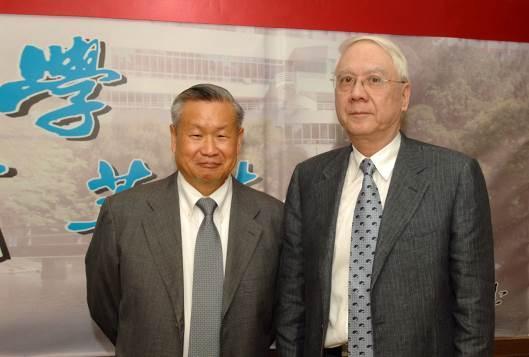 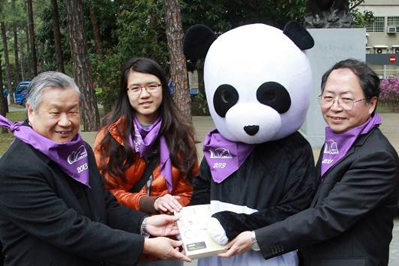 Macronix chairman Miin Wu (left), former NTHU president Chen Lih-juann(陳力俊) (right), a student representative, and the NTHU mascot depositing the final book from the old library into the new library in the Macronix Building in 2013.