Researchers Uncover Cause of Pathological Enlargement of Cell Nuclei

2021.09.01
Why is it that abnormally proliferating cancer cells often have larger nuclei? A research team at NTHU studying fruit flies has recently found that this is mainly due to a compromised repair mechanism in the nucleus of damaged DNA. Once the regulatory protein is disabled, it causes the marker proteins to accumulate, such that the repair proteins are unable to repair the damaged DNA, resulting in abnormal enlargement of the cell nucleus—one of the most commonly observed pathological phenomenon of cancer cells. This is the first time that this phenomenon has been observed, and is expected to have a significant impact on future research on cancer and other degenerative diseases.
The team was led by Prof. Sang Tzu-kang(桑自剛) of the Institute of Biotechnology, and their groundbreaking discovery is published in a recent edition of the top international journal Nature CommunicationsNature Communications.
Past studies have shown that the nucleus and cytoplasm must maintain a certain ratio in order to maintain normal physiological operations. Cancer cells are characterized by abnormally enlarged nuclei and morphological changes, and the same changes are also found in some degenerative diseases, such as progeria; this is what led the team to investigate the cause of this abnormal enlargement of the nucleus.
Suspecting that the regulatory protein is the culprit, the research team “turns off” the regulatory protein and discovers what happened. Since the regulatory protein TER94 in fruit flies (DrosophilaDrosophila) is homologous to the regulatory protein VCP in humans, the two are very similar, so the team used cells from the eyes of fruit flies for the experiments.
Under normal circumstances, whenever a strand of DNA is broken, the marker protein MDC1 will be brought in to carry out repairs which keep the cell functioning as usual. However, as the team discovered in the early phase of their research, if the regulatory protein VCP is unable to perform its regulatory function due to hereditary factors or genetic mutations, the marker protein MDC1 will continue to accumulate in the DNA break, preventing the repair protein from reaching the damaged site, which ultimately leads to an abnormal enlargement of the cell nucleus.
The team’s research was funded by the Ministry of Science and Technology, and amongst its members were post-doctoral student Chang Ya-chu(張雅筑) and master’s students Peng Yu-hsiang(彭昱翔), Yu Bo-hua(余柏樺), Liang Pei-shin(梁珮欣), Huang Ting-yi(黄亭苡), and Shih Chao-chieh(施朝傑). Their duties included conducting the genetic screening of fruit flies, monitoring the size of the cell nuclei, and screening the DNA repair mechanism. The first author of the team’s research report was Chang, who has been studying the regulation mechanisms of cell nuclear morphology for many years, and is currently conducting post-doctoral research at the University of California, San Francisco, specializing in neuroscience.
Chang said that the team began by dissecting the fruit flies to obtain the eye cells. Then they dyed the antibodies, making it possible to observe the nucleus under a microscope. “In addition to the regulatory protein, the marker protein and tumor suppressor protein in the human body all have a genetic sequence which is very similar to that of the fruit fly.
Sang said that the mechanism discovered by his research team is likely to play a key role in the development of small molecule drugs that inhibit the VCP protein, which is currently being studied in the United States as a means of slowing cancer metastasis and treating degenerative diseases. 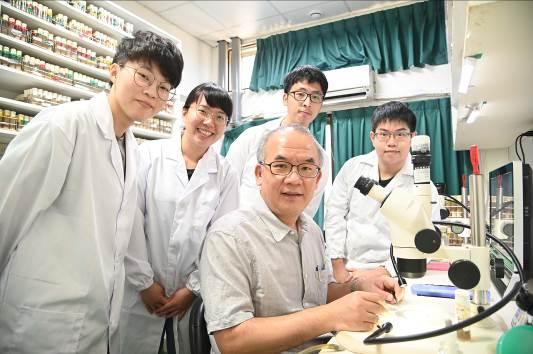 Prof. Sang Tzu-kang (桑自剛) (center) of the Institute of Biotechnology with his research team. 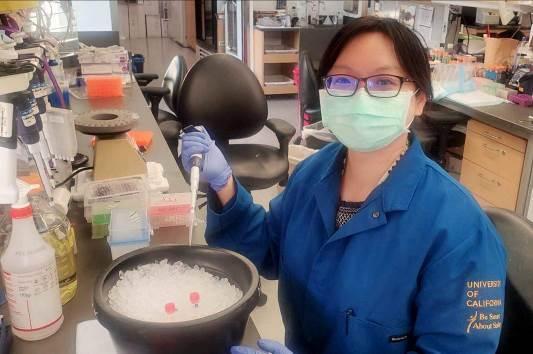 Team member Chang Ya-chu(張雅筑) , a post-doctoral researcher of the Institute of Biotechnology. 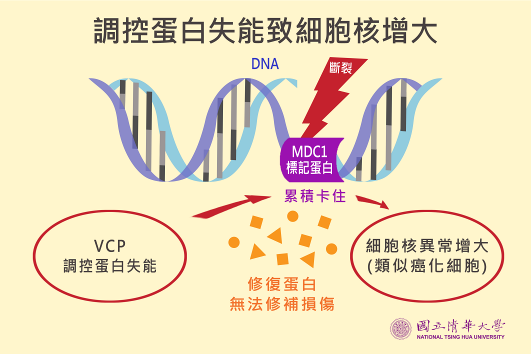 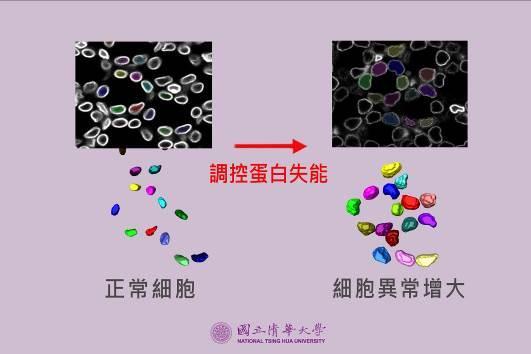 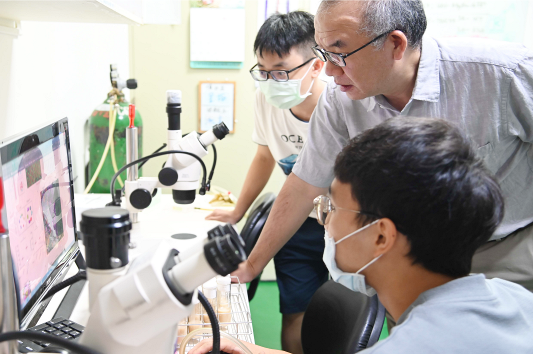 Sang (center) and his research assistants working in the lab. 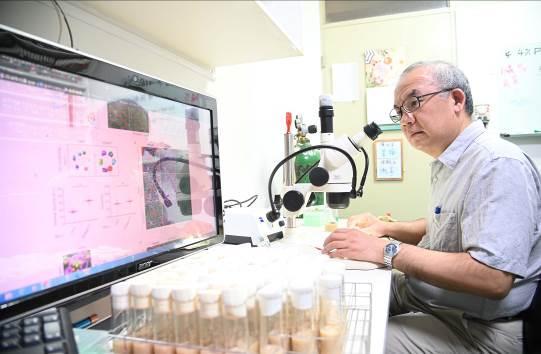 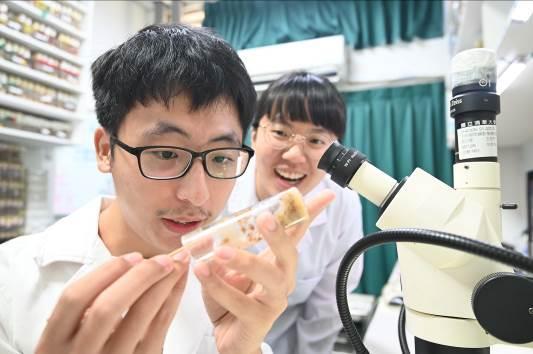 Team members working in the lab. 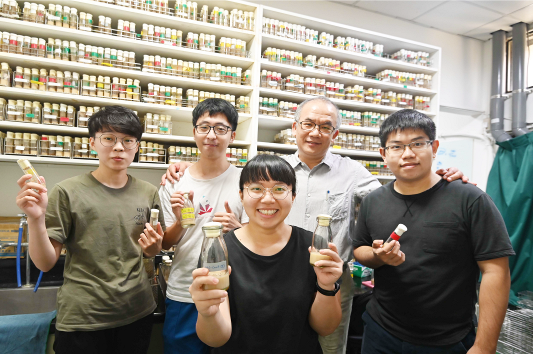 Sang (second from right) and his research team has solved the mystery surrounding the pathological enlargement of cell nuclei.