A New Base for the Center for Indigenous Science Development

2021.09.07
As part of its ongoing efforts to enhance science education amongst Taiwan’s indigenous peoples, NTHU established the Center for Indigenous Science Development (CISD) in 2019—the first of its kind in Taiwan. To provide the CISD with a dedicated space, work will soon commence on a pavilion combining indigenous bamboo craftsmanship with a modern steel frame. At the groundbreaking ceremony, numerous aboriginal elders were joined by Legislator Kao Chin Su-mei(高金素梅) in offering prayers and blessings. Expected to be completed next summer, the building will host a variety of science activities and exhibitions, and will serve as base for research and educational activities relating to Austronesian studies.
The groundbreaking ceremony was opened with a prayer led by Atayal elder Fan Kun-sung(范坤松), who chanted a blessing in the Atayal language for a successful completion and smooth operation. He then performed a traditional ritual in which tree branches were burned to announce that the site is about to be developed.
Also at the ceremony was President Hocheng Hong, who said that while Taiwan’s indigenous peoples have long been celebrated for their rich culture and art, their equally important scientific knowledge has been largely overlooked. He pointed out that one of the purposes of the CISD is to deepen our understanding of the traditional wisdom of Taiwan’s indigenous peoples, and to find ways in which it can be applied to finding effective solutions for such pressing issues as global warming and climate change.
Legislator Kao Chin said that due to the lack of a written language, much of the wisdom of aboriginal peoples has been lost, yet much remains, the preservation of which is one of the primary tasks of the CISD, adding that aboriginal children should take great pride in their cultural heritage. In addition to calling for aboriginal languages, culture, and science to be included in the new curriculum for primary and secondary schools, she encouraged NTHU to set up a program for aboriginal youth in Hsinchu’s Jianshi and Wufeng townships, modeled on the existing program for aboriginal high school students in Pingdong.
The NT$44 million budgeted for the construction of the bamboo structure was mainly provided by the Ministry of Education and the Council of Indigenous Peoples. Department of Higher Education director-general Chu Chun-chang(朱俊彰) said that the Ministry of Education attaches great importance to this project, and that the building itself will serve as a model for future projects of a similar type. Furthermore, the Ministry of Education has arranged a variety of activities promoting aboriginal culture as part of its 2021 Aboriginal Culture and Education Program.
CISD director Fu Li-yu(傅麗玉) said that the new building will be located behind the Education Building on the main campus, and all of the makino bamboo used in its construction will be sourced from Jianshi Township in Hsinchu County. This one-story building will include a basement, with space for classrooms, research rooms, and an exhibition hall, as well as an adjacent traditional granary and watchtower. She also noted that it will be the country's first aboriginal bamboo structure built with an official building permit.
Fu said that she is especially grateful to the building’s architect, Lin Chih-cheng(林志成), for coming up with a design which not only looks authentic, but also meets building regulations. In the process of designing the building Lin consulted with both indigenous elders and bamboo architecture specialists to pioneer a whole new construction technique for the project. The bamboo used in the building will be pretreated by using a process which includes both boiling and roasting, for additional strength and durability, and for protection from insect damage. After the building is completed and in use for a certain number of years, bamboo sections can be individually replaced, making the building easier to maintain. Because bamboo is hollow, it has excellent insulation properties, and it’s hoped that the development of this new construction method will help to revive Taiwan’s bamboo industry.
Fu said that the first floor will have a research room, a meeting room, and a classroom with a capacity of 50 people. There will also be an augmented reality installation, allowing visitors to download an app to their tablet or mobile phone, whereupon Giwas, the heroine of Go Go GoGo GiwasGiwas, an animated science education film produced in Taiwan, along with her sidekicks, take them on a voyage of discovery featuring the traditional wisdom of Taiwan’s indigenous peoples.
Amongst NTHU’s various projects promoting indigenous science education and research over the past 20 years is The Flying Squirrel TribeThe Flying Squirrel Tribe science education website. The Go Go GoGo GiwasGiwas animation series, which showcases the traditional wisdom and ecological perspectives of Taiwan’s aborigines, won a Golden Bell Award in 2016 and was again nominated in 2019.
Fu said that since its establishment two years ago, the CISD has trained some 600 elementary and middle school teachers in the use of science modules highlighting aboriginal culture and scientific knowledge. 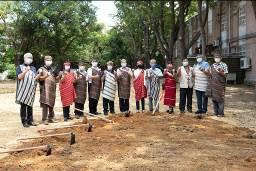 The groundbreaking ceremony for the future home of the Center for Indigenous Science Development (CISD). 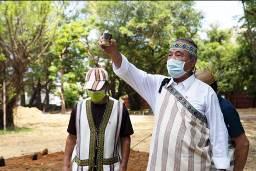 Atayal elder Fan Kun-sung(范坤松) holding up a cup of millet wine during the blessing ritual. 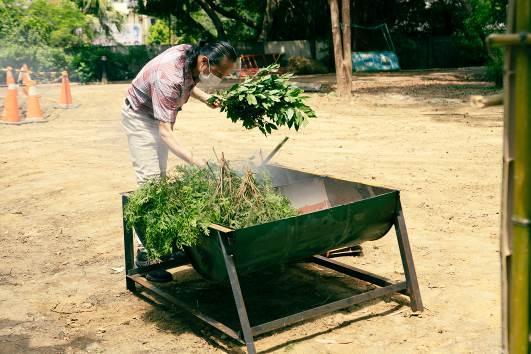 The ceremony included a traditional ritual in which tree branches were burned to announce that the site is about to be developed. 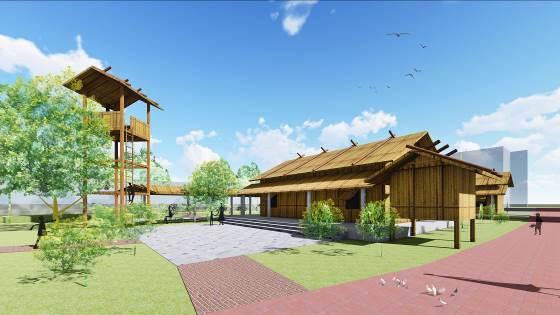 Animated model of the future home of the CISD. 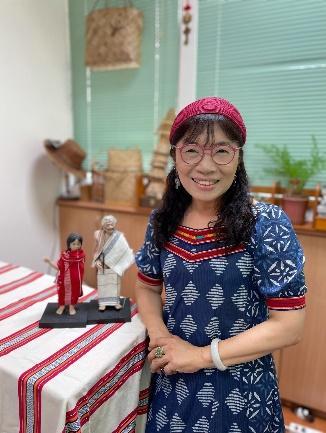 CISD director Fu Li-yu has been promoting aboriginal science education for over 20 years.