2022.01.21
When a malignant tumor is detected in the body, the first step in treatment is to make an image to assess its size and character, but the technology currently in use only provides an image of a thin cross-section of the tumor. To solve this limitation, JelloX Biotech, founded by a research team composed of members of the Brain Research Center and the College of Life Science, has recently developed the world's first 3D digital imaging system. In conjunction with an artificial intelligence (AI) diagnosis platform, the system creates a 3D color image of the sampled tissue, providing detailed information on the depth, distribution, and biomarkers of cancerous cells, thereby greatly improving the accuracy of early-stage cancer screening and making targeted therapy more accurate.
Prof. J.L. Yang(楊嘉鈴) of the Institute of Biotechnology said that pathologists usually inspect pathological sections with an electron microscope, which has high resolution; however, due to the opaqueness of the tissue, it only works when the tissue is cut very thinly, about 0.0005 cm, which is 1/20 of the diameter of a human hair. Thus assessing a tumor can be quite difficult, so much so that it is often necessary to have the assessment made by two or three pathologists working together. Moreover, although the accuracy can be improved by taking multiple sections, this increases the cost, and the disconnected 2D images can still be difficult to interpret.
This groundbreaking 3D imaging technology is based on an anatomic tissue-clearing solution for high-resolution 3D confocal imaging of thick biological samples developed by Prof. Chiang Ann-shyn(江安世), the director of NTHU’s Brain Research Center. Prof. Yang said that immersing the pathological tissue in the solution renders it translucent, making it possible to create an image that is far more detailed than one produced using the current method. Once the 3D image is made, it is scanned at high speed and then assessed using an AI platform. The entire process takes only two days, compared to a week for the current method.
In their newly established laboratory at the Hsinchu Biomedical Science Park, JelloX CEO Lin Yen-ying(林彥穎) points to a color image on a computer screen and explains that the white border is the molecular marker of breast cancer cells. According to Lin, their system can also detect lung cancer, liver cancer, colorectal cancer, esophageal cancer, and oral cancer, all at an early stage; it also can be used to greatly improve the effectiveness of immunotherapy for patients with advanced cancer.
Lin said that their 3D digital imaging system won the Ministry of Science and Technology’s 2021 Future Tech Award, and has already been used in clinical research at several hospitals, including Chang Gung and Chi Mei. The system is expected to be used for actual diagnosis in the near future.
Lin received his Ph.D. from NTHU’s Department of Electrical Engineering, and is now an assistant professor at the Institute of Photonics Technology and a researcher at the Brain Research Center. His specialization is the application of AI to biomedical technologies. He says that their system makes use of seven patented core technologies, and that for most of these the authorization to use them was attained by NTHU, which is now making arrangements for commercial production. The interdisciplinary research team consists of members from various departments at NTHU, including Life Sciences, Computer Science, Power Mechanical Engineering, Biomedical Engineering and Environmental Sciences.
Prof. Chang Dah-tsyr (張大慈) of the Institute of Molecular and Cellular Biology was so inspired by the project that she retired early to serve as the chief strategy officer at JelloX. She says that developing their imaging system required assembling an interdisciplinary team of scientists, physicians, and AI engineers, and that they could not have succeeded without the assistance provided by NTHU’s Operations Center for Industry Collaboration, the Creativity Garage, and the Tsing Hua Entrepreneur Network. 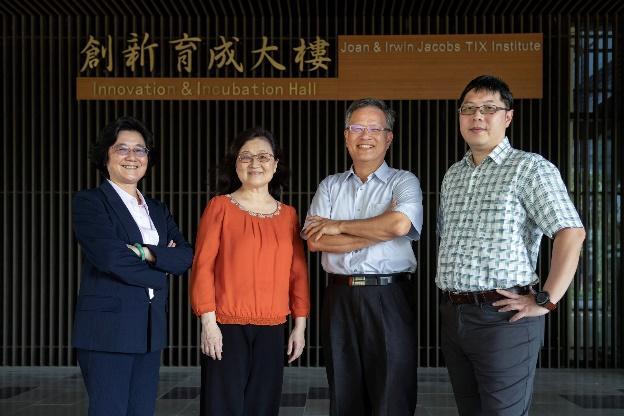 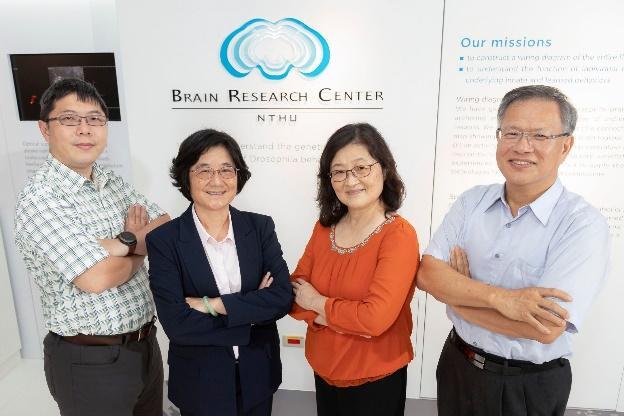 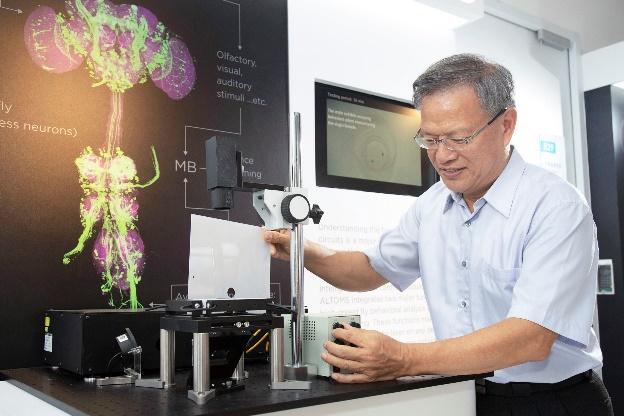 This technology is based on an anatomic tissue-clearing solution for high-resolution 3D confocal imaging developed by Prof. Chiang Ann-shyn, the director of NTHU’s Brain Research Center. 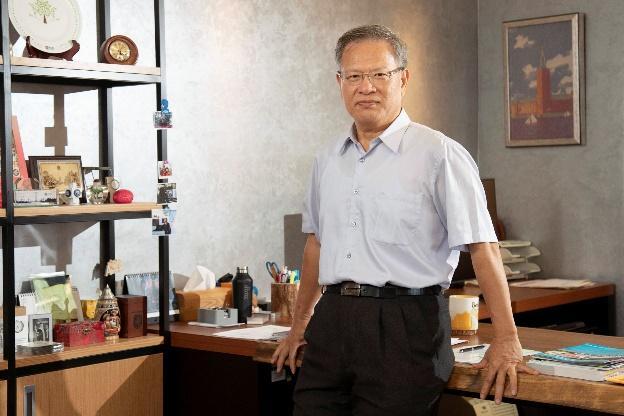 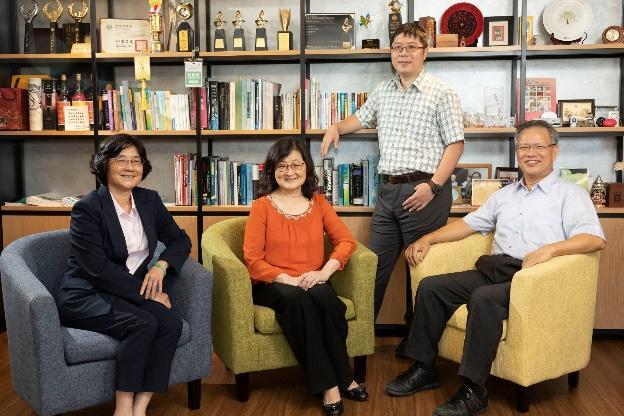 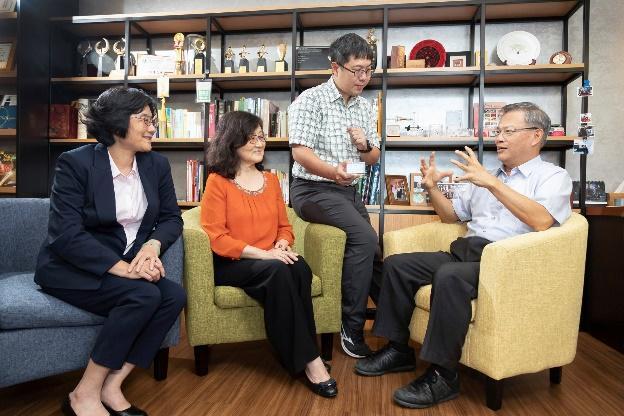 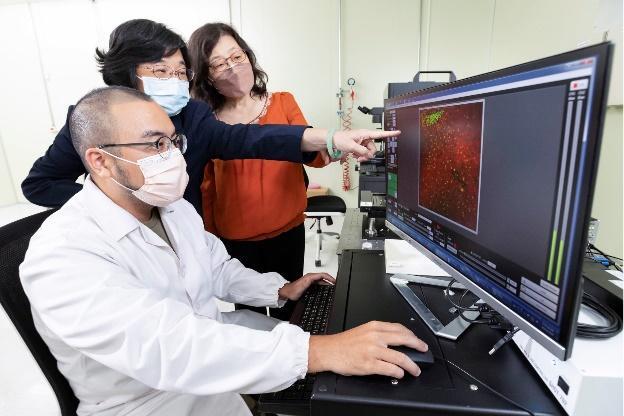 In conjunction with an AI diagnosis platform, the system provides detailed information on the depth, distribution, and biomarkers of cancerous cells. 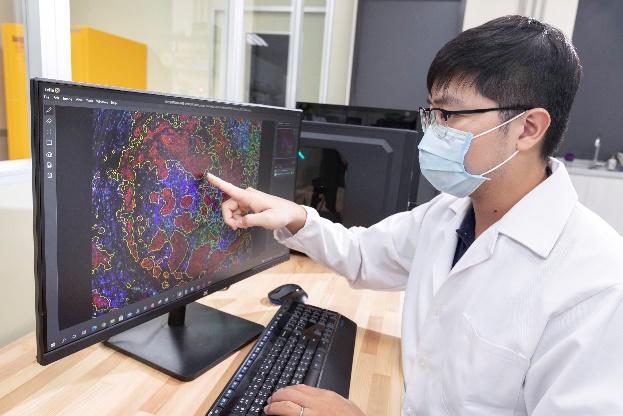 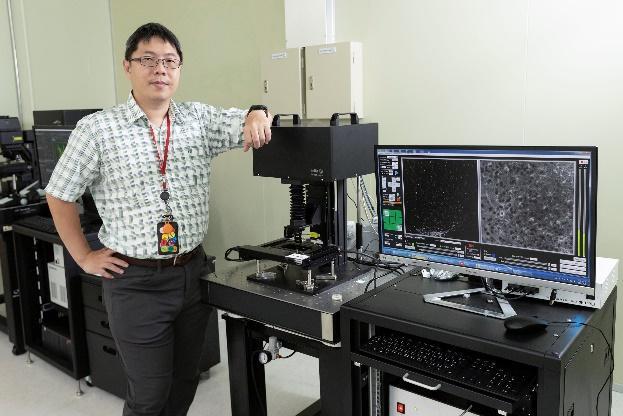 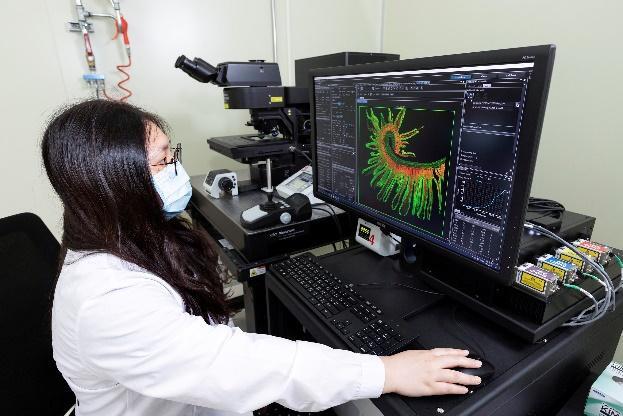 The 3D imaging system analyzing a duodenal villus sample from a mouse. 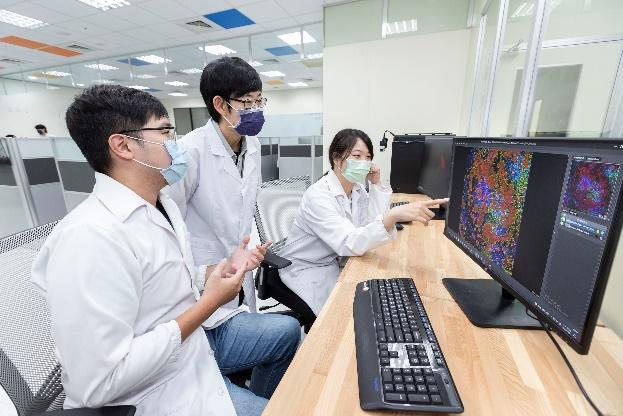