A Gold Medal in Sustainability for NTHU

2022.02.16
NTHU has recently become the first university in Asia to receive a gold rating in the Sustainability Tracking, Assessment, & Rating System (STARS) run by the Association for the Advancement of Sustainability in Higher Education (AASHE).
STARS, an internationally recognized initiative for rating the environmental credentials of colleges and universities worldwide, was launched in 2006. It released its first annual ratings in 2010, providing a transparent, self-reporting framework for measuring sustainability performance based on comprehensive and consistent criteria.
Among the more than 1,000 participating institutions of higher education worldwide, only ten have been rated platinum—the highest STARS rating—including Stanford University, the University of California, Berkeley and Cornell University. Among the 137 schools that have received the gold rating are the Massachusetts Institute of Technology, Columbia University, Yale University, Princeton University, Penn State University, Northwestern University, the University of Illinois at Urbana-Champaign, the University of British Columbia in Canada, and University College Cork in Ireland. Another 159 universities have received the silver rating, and 41 have received the bronze rating.
A total of 20 universities in Asia are participating in STARS, including 5 universities in Taiwan, but prior to this year none had received higher than the silver rating. In its very first year as a participant, however, NTHU has been awarded the gold rating, ranking among the top universities in the world for sustainability.
Sustainability Office director Lin Fu-ren(林福仁) said that STARS is divided into five categories: academic (teaching and research), participation (teachers, students, and the general public), campus management (buildings, energy use, procurement, transportation, refuse, and wastewater treatment), administrative planning (diversity and equality, financial investment, and work environment), and innovative leadership. Participating schools have to provide information on 113 major items and 1,088 minor items, supported by detailed documentation.
Director Lin said that NTHU’s highest scores were in the academic category, since the university offers a total of 517 undergraduate and 216 graduate courses related to sustainability, which together amount to 13% of NTHU’s total curriculum. In addition, an increasing proportion of the research conducted at NTHU is directly related to the goals of sustainable development promulgated by the United Nations (UN), which has long been striving to find practical solutions to the environmental challenges facing mankind at this critical juncture in the history of the human race.
President Hocheng Hong said that NTHU was the first university in Taiwan to appoint a chief sustainability officer, a position which is concurrently held by one of the senior vice presidents. Moreover, each administrative and academic department has appointed a sustainability officer, all 26 of whom belong to the Sustainability Committee, which meets every two months to discuss the latest developments and to coordinate their efforts. Furthermore, NTHU was the first university in Taiwan to encourage graduating students to sign the school’s Declaration on Social and Environmental Sustainability.
President Hocheng said that receiving the STARS gold rating is an important milestone in NTHU’s ongoing efforts in the area of sustainability, explaining that, “The natural beauty of the campus goes hand-in-hand with the principles of sustainability, and it is especially important to encourage teachers and students to think like global citizens and to share their environmental awareness with the larger society.”
NTHU senior vice president and chief sustainability officer Tai Nyan-hwa(戴念華) said that NTHU’s school spirit can be encapsulated in the adage “Actions speak louder than words,” which fits nicely with STARS’s emphasis on hard data and practical results. Moreover, the year-long process of providing the detailed information required for participation in STARS was a valuable learning experience which has helped NTHU to rectify various deficiencies and to more completely implement international standards of sustainability.
According to Director Lin Fu-ren, in addition to holding competitions in which students propose ideas for making the campus more sustainable, NTHU encourages students to participate in sustainable development projects off campus. For example, in 2015 the KhuiMng Studio at NTHU joined hands with the Hsinchu City Government to launch the East Gate Market Revitalization Project, which has assisted young entrepreneurs in setting up shops and businesses in an underused urban market. Moreover, with support provided by the Ministry of Science and Technology and the Ministry of Education, the Sprout Project at NTHU has been facilitating an economic development plan focusing on the communities located in the watershed of the Youluo River (Jianshi, Hengshan, Qionglin, Zhubei) in Hsinchu County, as a model of sustainable urban and rural development based on ecological principles.
In addition to the impressive STARS rating, last November NTHU was awarded the Taiwan University Sustainability Award by the Taiwan Institute for Sustainable Energy (TAISE), winning the highest honor in the comprehensive evaluation. 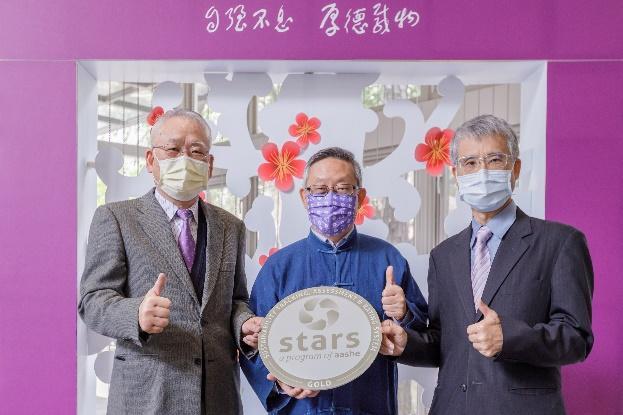 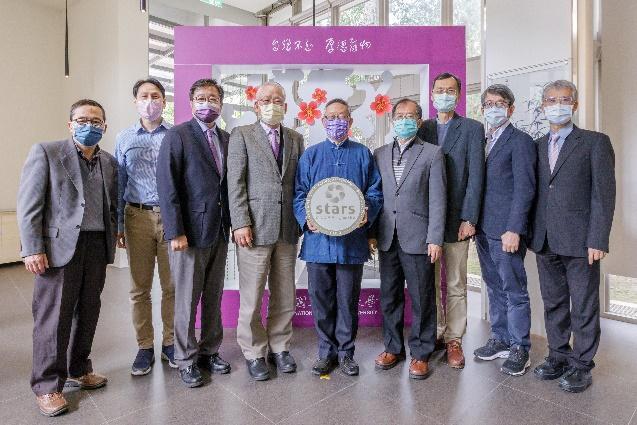 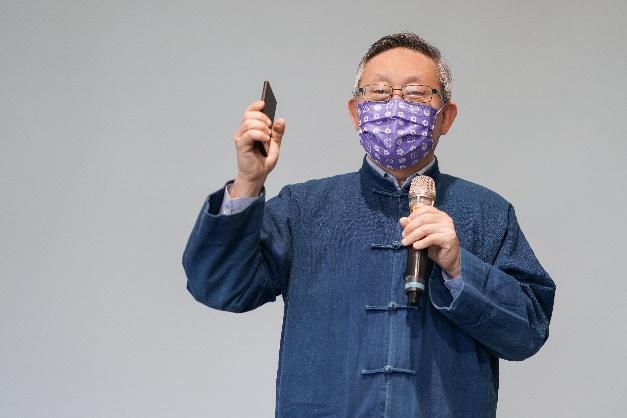 President Hocheng said that receiving the STARS gold rating is an important milestone in NTHU’s ongoing efforts in the area of sustainability. 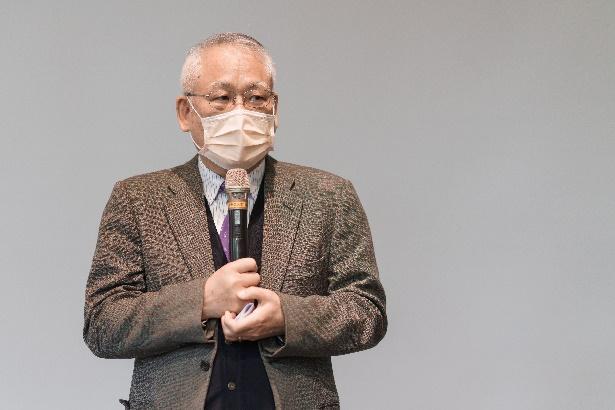 Tai Nyan-hwa was the first chief sustainability officer to be appointed in Taiwan.

Lin Fu-ren said that NTHU was rated particularly high in the academic category. 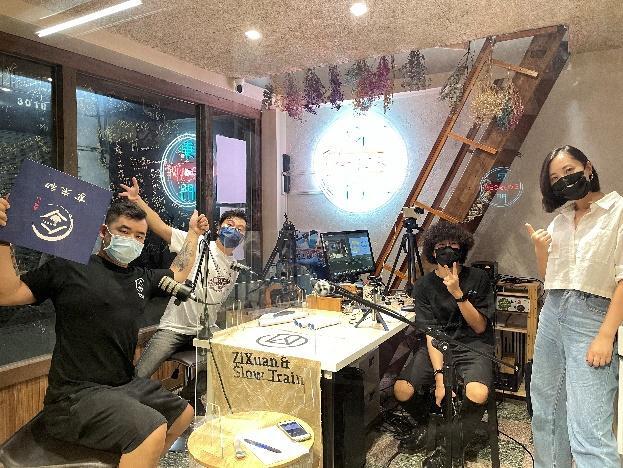 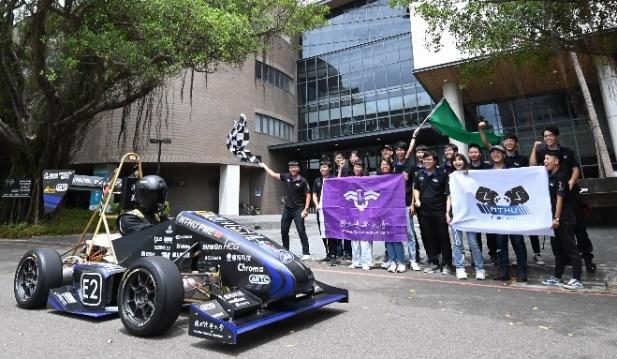 An impressive feast at Dashan Beiyue, a restaurant started by NTHU alumni at an abandoned primary school in Hsinchu.