2022.04.07
On April 7, NTHU's Taipei School of Economics and Political Science (TSE) inaugurated its dedicated classrooms. TSE dean Chen Tain-jy(陳添枝) said that the biggest risk factor for business operations at present is the Russian-Ukrainian war, since enterprises have little ability to prevent or control for the disruptions brought about by international conflicts. The TSE is responding to this challenge for international business by redoubling its commitment to providing a comprehensive education in geopolitics and economics.
The TSE is currently recruiting students for the 2022-23 academic year. The school is planning to enroll about 45 new students for its three master's programs, viz., Asian Political Economy, Global Political Economy and Asia, and Economic Development. All courses are taught in English, and the proportion of foreign to domestic students is expected to be 7:3. The school’s doctoral program is expected to launch in 2024.
NTHU president Hocheng Hong said that Tsing Hua's longstanding excellence in science and technology is attested to by the fact that it is the only school in greater China which has three Nobel Prize winners among its alumni. He also pointed out that all the major crises facing the world today—food scarcity, pollution, dwindling oil supplies, trade wars, and even the Covid-19 pandemic—are related to technology, politics, and economics, each of which needs to be taken into account in the pursuit of sustainable development.
President Hocheng also noted that by virtue of its excellence in science and technology, NTHU is playing a leading role in educating the next generation of political and economic leaders. He stated: “For solving the increasingly complex problems relating to geopolitics and economic development, it is necessary to combine the perspectives offered by politics, economics, science, and technology. This is today's challenge for academia.”
TSE Foundation chairman Huang Huang-hsiung(黃煌雄) said that the TSE has been being planned for around ten years, and it is a dream come true now that it is up and running, adding that the school's primary mission is to prepare talented students from Taiwan and abroad to deal with the economic and geopolitical challenges of the future.
Dean Chen holds a Ph.D. in Economics from Penn State University in the US. He has served as a minister of the Council for Economic Planning and Development (CEPD) and the National Development Council (NDC), and is the former president of the Chung-Hua Institution for Economic Research.
Dean Chen said that in the 1950s Taiwan's economy was focused on industrial development, and that the programs at the universities and technical colleges of the time were designed accordingly. Afterwards, the focus shifted to exports, including some local brands, and the higher education sector responded by establishing colleges of commerce and MBA programs. The focus of the current phase of economic development is high-tech manufacturing for the export market, making it necessary to train business leaders with interdisciplinary expertise in international politics and economics.
The increasing demand for executives with this kind of interdisciplinary expertise is evidenced by TSMC's appointment earlier this year of a business intelligence analyst familiar with the political and economic relationships between the United States, China, and Taiwan, with an annual salary of NT$3 million. This demonstrates that, in addition to specialists in science and technology, Taiwan’s high-tech industry also requires executives proficient in international politics and economics.
According to Dean Chen, it is difficult to provide this kind of education to a large number of students, mainly because a deep and extensive presentation of the history and culture of a particular country is best provided by a native of that country. With this situation in mind, the TSE is actively recruiting overseas students, and the first batch of master’s students includes individuals from Indonesia, the Netherlands, and Mongolia.
Dean Chen also said that funding from the TSE Foundation has made it possible to offer the kind of remuneration required to attract top-notch faculty from abroad. Among the many distinguished professors in the current faculty lineup are Amitav Acharya, an expert in international politics who is currently Distinguished Professor of International Relations at American University in Washington, DC, and Wong Bin, currently Distinguished Professor of History at UCLA, where he served as the founding director of the Asia Institute.
Among the first batch of TSE students is NTHU graduate Maggie Ho(何佳樺), who has a Ph.D. in Chemistry from Oxford University and post-doctoral research experience at MIT. She is currently the chief operating officer of Amarex Taiwan, and has decided to return to NTHU to round out her education.
Ho's experience in conducting clinical trials on a reagent for use in Covid-19 rapid test kits convinced her that scientific tools alone are not enough to control the pandemic. Instead, what is needed is a seamless approach combining science, politics, economics, and public policy. Ho said that she has learned a lot while attending classes taught by famous professors from Stanford University and the London School of Economics, and that she has also become better informed about the Russian-Ukrainian war through her discussions with students who have studied in Russia.
All TSE courses are open to students from other departments at NTHU as well as the schools in the University System of Taiwan, and some of the more popular courses have had as many as 80 students enrolled. As Ho put it, “By letting the world come to Taiwan, engaging in international exchange does not necessarily require going abroad anymore.”
Among the distinguished guests at the opening ceremony were Chen Lih-juann, (陳力俊)chancellor of the University System of Taiwan, and Burn Lin(林本堅), dean of NTHU's College of Semiconductor Research (CoSR). 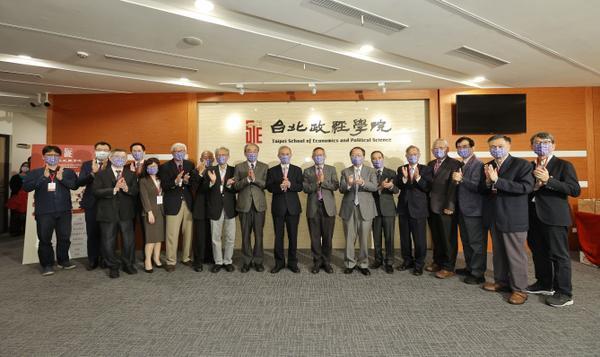 The TSE inaugurated its classrooms on April 7. 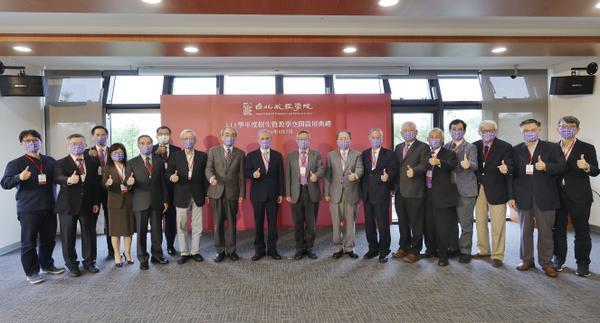 VIPs at the opening ceremony. 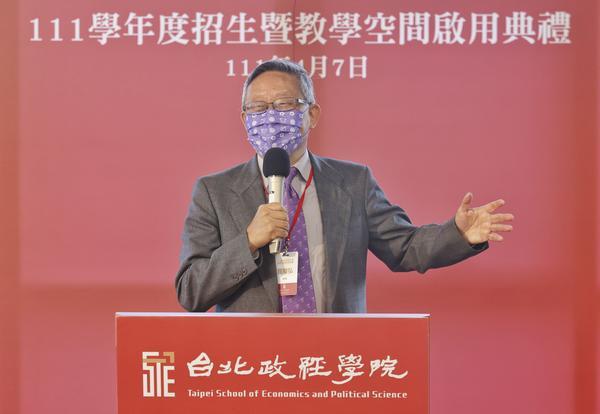 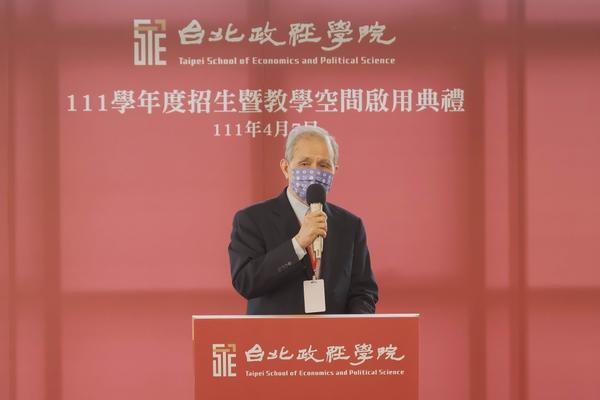 TSE Foundation chairman Huang Huang-hsiung(黃煌雄) said that the TSE’s primary mission is to prepare students for dealing with the economic and geopolitical challenges of the future. 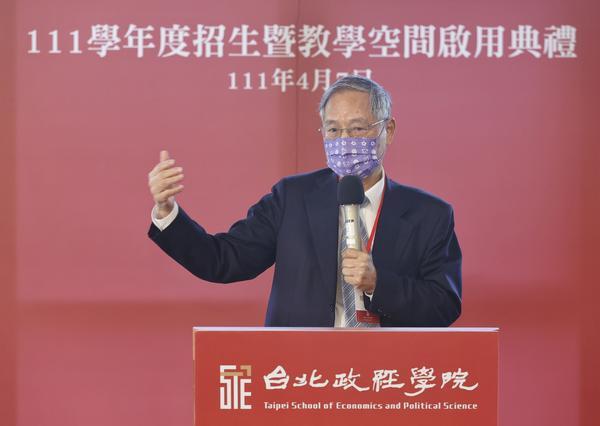 TSE dean Chen Tain-jy(陳添枝) said that the school’s focus is on training leaders with interdisciplinary expertise. 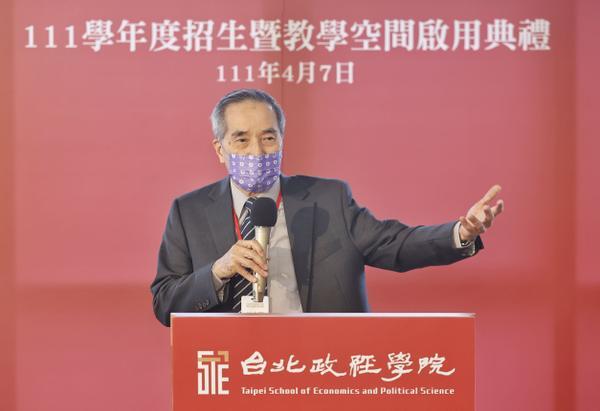 CoSR dean Burn Lin, congratulating the TSE on the opening of its dedicated classrooms. 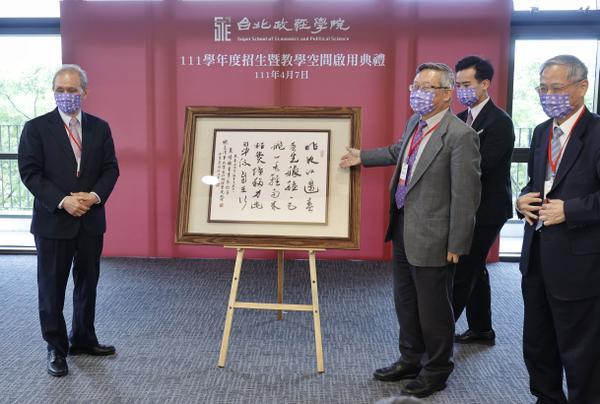 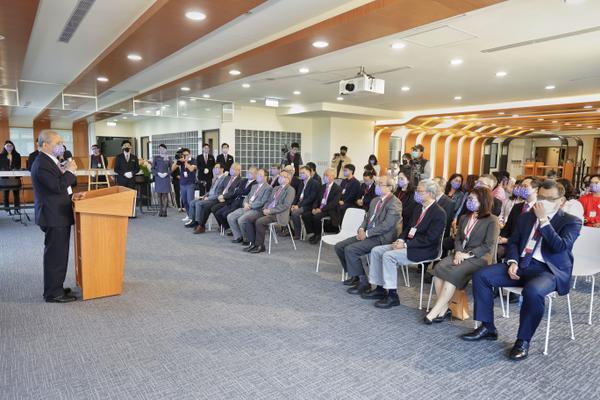 TSE Foundation chairman Huang Huang-hsiung (left) said that the school has been in the making for some ten years, and it is like a dream come true now that it is up and running. 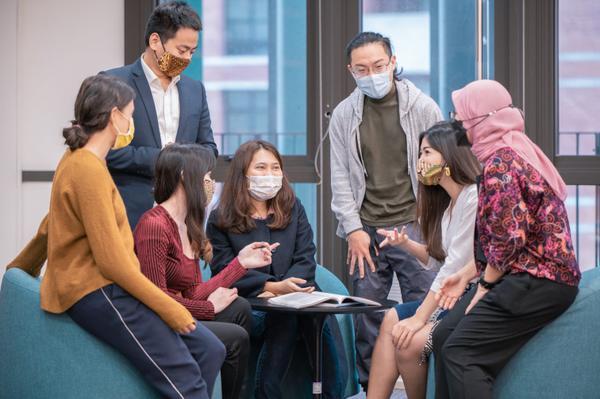 The proportion of foreign to domestic students at the TSE is expected to be 7:3. 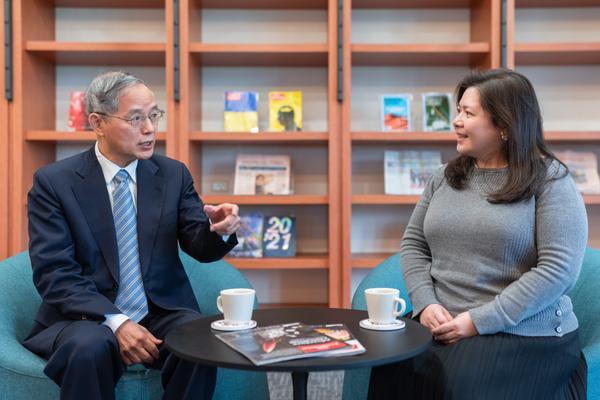 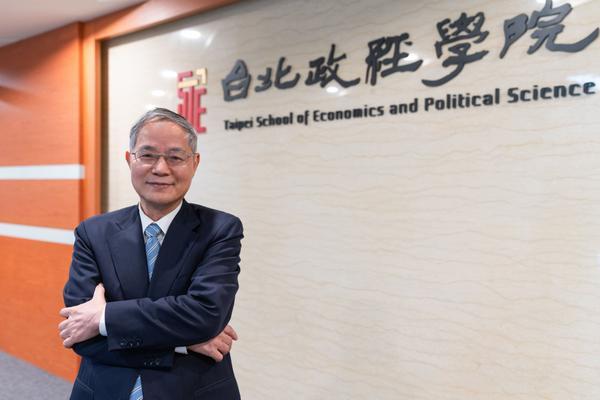 TSE dean Chen Tain-jy said that the primary mission of the school is to provide a comprehensive education in geopolitics and economics. 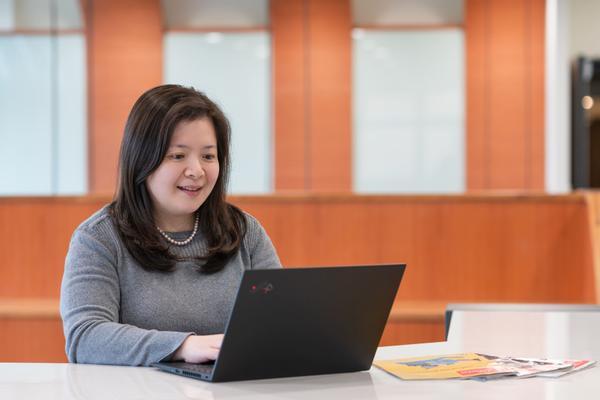 Maggie Ho, who has a Ph.D. in Chemistry from Oxford University, has decided to return to NTHU to round out her education. 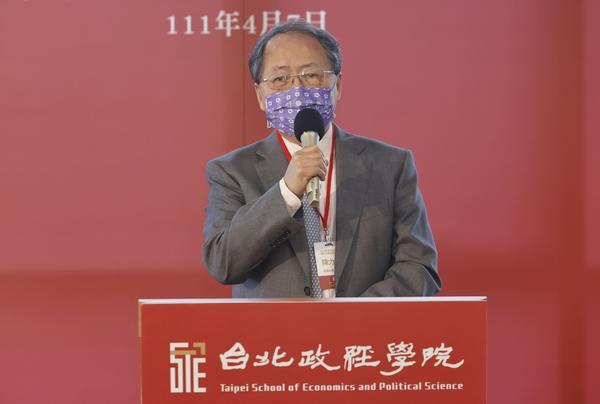 Chen Lih-juann congratulating the TSE on the opening of its dedicated classrooms.