2022.06.23
The Post-baccalaureate Program in Medicine at National Tsing Hua University (NTHU) in Taiwan has recently announced its first batch of 23 students, including 22 in the Natural Science Group and one in the Information Technology Group, all of whom have been awarded government scholarships. Among them is a student who gave up an admission offer from Yale University in the United States and a job offer from TSMC to enroll at NTHU, and a pharmacist who dropped out of school due to family circumstances. The entire cohort of medical students is eager to delve into cross-disciplinary medical research and primary medical services, and proud to be a part of this new chapter in the history of National Tsing Hua University.
The director of the Post-baccalaureate Program in Medicine is Chou Hunghsueh (周宏學), who said that since it took longer than expected for the admission quota to be finalized by the Ministry of Education, the admissions exam was held shortly after the prospectus was published. Whereas 431 people applied for the Natural Science Group, there were only 28 applicants for the Information Technology Group, mainly because the exam differs from that previously used by postgraduate programs in medicine in that it requires taking the exam in biology and biochemistry at the same time as the exam in information science, leaving applicants with little time to prepare. It’s expected that the Information Technology Group will begin enrolling a larger number of students beginning next year.
Chou said that the Program emphasizes interdisciplinary studies, and that the first batch of students majored in various subjects at university, including optoelectronics, chemistry, pharmacy, physical therapy, and life sciences. In addition to the written test, candidates were also evaluated on the basis of their application materials and an eight-stage interview process, during which particular attention was paid to their interest in working in areas of Taiwan with insufficient medical resources after graduation.
Among the first batch of students are three graduates of prestigious overseas schools, including the University of California, Los Angeles (UCLA). Yeh Yiyu (葉怡佑) graduated from the Department of Medical Engineering at the University of California, San Diego (UCSD), and has been offered admission to master’s programs at Johns Hopkins University and three ivy league schools---Yale University, the University of Pennsylvania, and Columbia University. Due to the Covid-19 pandemic, she returned to Taiwan to take classes remotely. After class, she worked as a volunteer at a free clinic, which brought to her attention the shortage of manpower and front-line medical resources, resulting in her decision to apply to this innovative program at NTHU.
Yeh is particularly interested in medical materials, and during university she participated in the development,t of a portable sepsis detector. She said that sepsis testing used to require a trip to a big hospital and that it took two days to get the results, but this portable and affordable device makes it possible to diagnose sepsis within six hours at a local clinic. Her experience working on this project strengthened her determination to apply to the Post-baccalaureate Program in Medicine at NTHU.
Also in the first batch of students is Yu Hanyu (游涵喻), who graduated from the Department of Pharmacy at National Taiwan University (NTU), during which time she worked as a teaching assistant and tutor to cover her tuition and living expenses. But in her first year of graduate school, due to her family’s financial situation, she had to take a leave of absence so she could work as a pharmacist at a pharmacy near home. Now that her family's financial situation has improved, she has decided to resume her studies with the help of a government scholarship.
Despite her demanding work schedule during university, Yu still managed to find time for volunteer work, including teaching English at a rural elementary school in Thailand. She also ran an English reading club and donated the proceeds to charity. During her leave of absence, she spent an hour every day as a companion to people suffering from depression, and it was this experience that led her to set her sights on becoming a psychiatrist.
The only student in the Information Technology Group is Chou Mingchin (周明瑾), who recently graduated from the Program for Science and Technology of Accelerator Light Source at National Yang Ming Chiao Tung University (NYCU), and who has already received a job offer from TSMC. During her M.A. studies, Chou developed an interest in medical technology, and she has decided to shift her focus to research on medical imaging and AI-assisted diagnosis.
Chou admits that it was not an easy decision to make, especially since she was under a lot of pressure from her parents to go into the technology industry after graduation, and convincing them that she was making the right choice took a lot of work. As she sees it, the way in which the Program integrates clinical medicine and basic medical research will open lots of doors for her after graduation. Her plan is to specialize in medical research and expand the use of advanced medical technology in remote areas as a way of making up for personnel shortages.
In essence, the mission of the Post-baccalaureate Program in Medicine is to train doctors to be completely adept in the ABCs of modern medicine---artificial intelligence, big data, and the cloud internet of things, so as to meet the medical challenges and opportunities of the next generation. 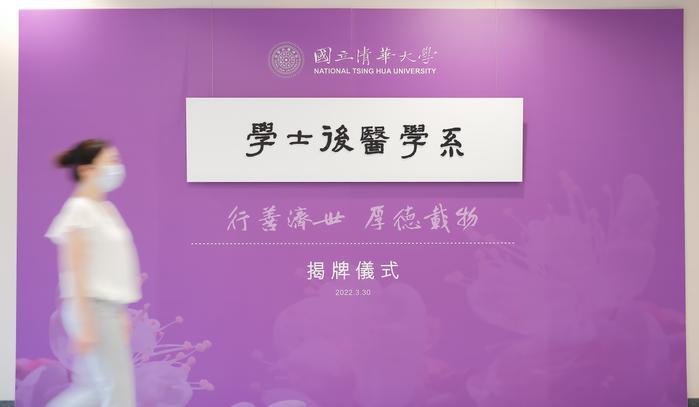 The Post-baccalaureate Program in Medicine at National Tsing Hua University has recently announced its first batch of 23 students. 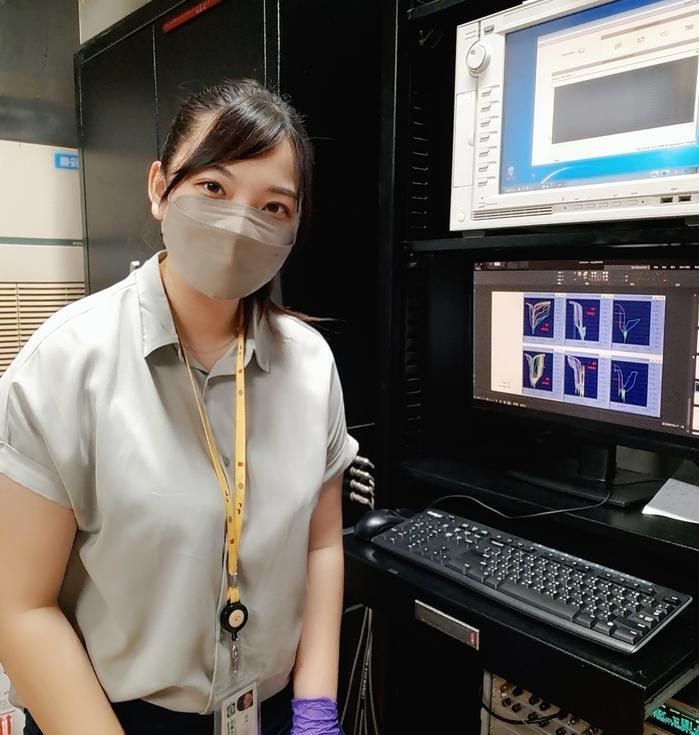 Chou Mingchin (周明瑾), the only student in the Information Technology Group. 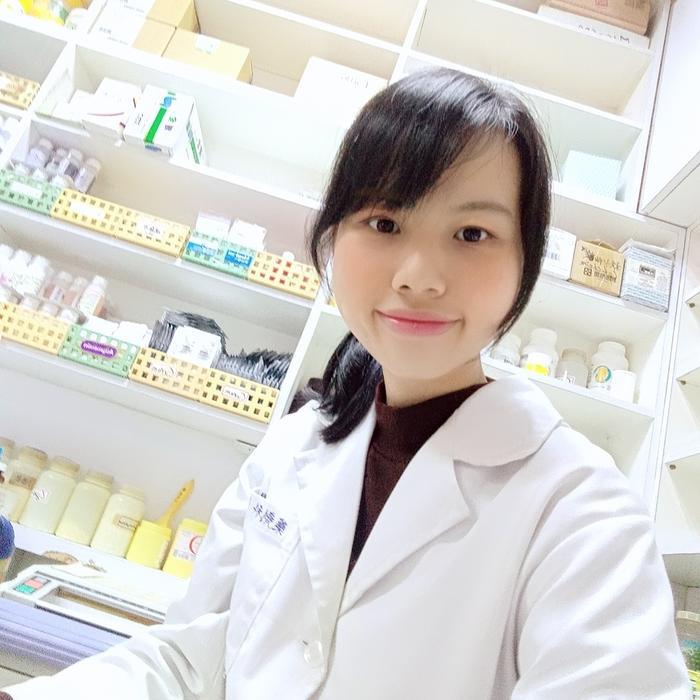 Yu Hanyu (游涵喻) took a leave of absence from graduate school so she could work as a pharmacist. 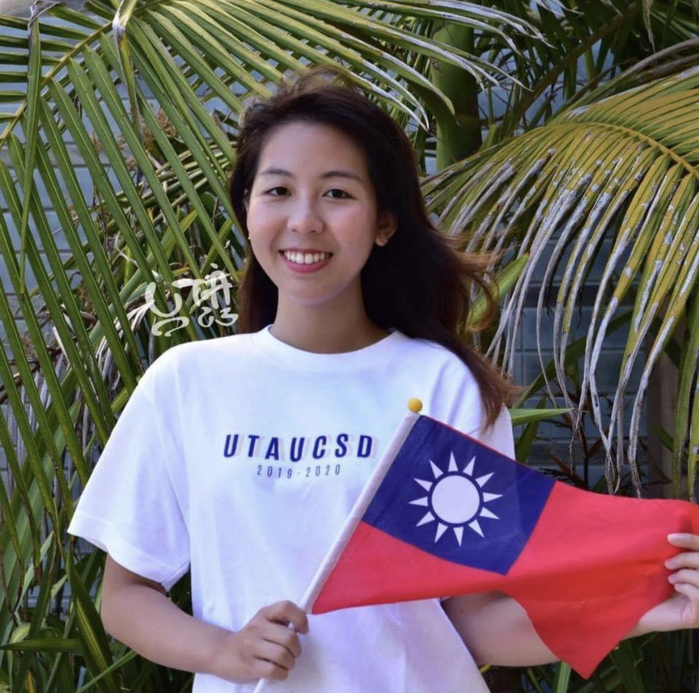 Yeh Yiyu (葉怡佑) decided to enroll at NTHU instead of Yale University, the University of Pennsylvania, and Columbia University.