2022.09.07
The fall semester at National Tsing Hua University (NTHU) in Taiwan, which began on September 12, was preceded by an orientation for freshmen that started on September 7. During the orientation, NTHU president W. John Kao emphasized the importance of striking a balance between study and social life, which he compared to staying upright while riding an electric scooter---as he himself did in a film welcoming the new students.
This year’s freshman class consists of 2,400 students, 320 of whom are foreigners. Last year's orientation was held online due to the pandemic, but this year this exciting event was held in person.
The theme of this year's freshman orientation was “The City of the Future,” and it was planned by a student team. The lead student organizer for the orientation was College of Nuclear Science undergraduate Pan Yenchih(潘彥致), who said that each new student was given a specially designed magnetic key that they used during the 3-day orientation as a student ID card while participating in the various activities held all over campus. The key was also used to accumulate points for a lottery and as a convenient way to carry out contact tracing because of the ongoing Covid-19 pandemic.
President Kao made a dramatic entrance in which light bars on both sides of the central aisle lit up as he went forwards, bumping elbows with students, and waving to the assembly. In addition, the student organizers also designed a unique magnetic plaque embossed with Kao's portrait; when it was sensed by a receiver, a speaker on the stage announced, “Freshman W. John Kao,” along with his date of matriculation and his student number.
Kao smilingly pointed out that he is also a freshman of sorts since he became the president of NTHU only four months ago. During his speech, he asked the freshmen to stand up, shake hands with their classmates, and say hello to one another. In addition to welcoming the freshmen to NTHU, he told them that from now on they will have to make a lot of choices with respect to both their studies and social lives.
Kao recalled that when he was still in high school in the United States, his parents moved to Europe for work, leaving him to live alone. Every day he had to make a series of choices, mostly small ones, such as what to eat for breakfast, whether or not to wash his clothes, and whether or not to go to class. But there were also some big choices to be made, like which university to apply to and what to major in. As he explained, “I didn’t know it at the time, but this was an essential part of growing up, becoming independent, and learning how to take responsibility for every choice I made.”
But making the right choices is not easy. That’s why Kao’s advice to the freshman class is to try to strike a balance in whatever they choose. He further pointed out the need to maintain a parity between study, extracurricular activities, and socializing, and to make some time for oneself. And the same applies after graduation, since it’s important to strike a balance between work and family life, and between a good salary and doing what you find meaningful and satisfying. In short, “Life is a balancing act!” concluded Kao. At the end of his speech, Kao took out his mobile phone, took a selfie with the assembly as the background, and posted it to his IG live feed.
Tsou Yunhsi(鄒芸熹), a freshman in the Department of Education and Learning Technology, said that after listening to Kao’s talk, she was reassured that she had made the right choice in coming to NTHU. Wang Yichen(王儀蓁), also a freshman in the Department of Education and Learning Technology, said that his plan for the next four years includes both expanding his horizons and honing his decision-making ability.
Due to the ongoing pandemic, all those who participated in the freshman orientation were required to have been fully vaccinated against Covid-19, or to submit a negative test result made within the past 48 hours; a rapid screening station was set up on campus for those who required it. For the fall semester, most classes will meet in person; any students who test positive for Covid-19 will be required to stay at home for one week. 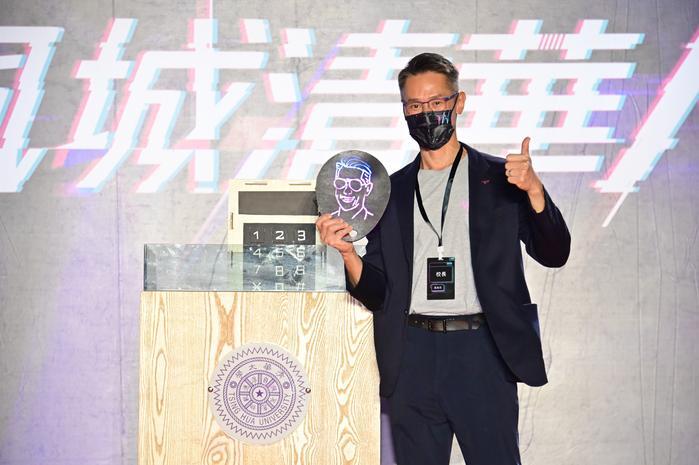 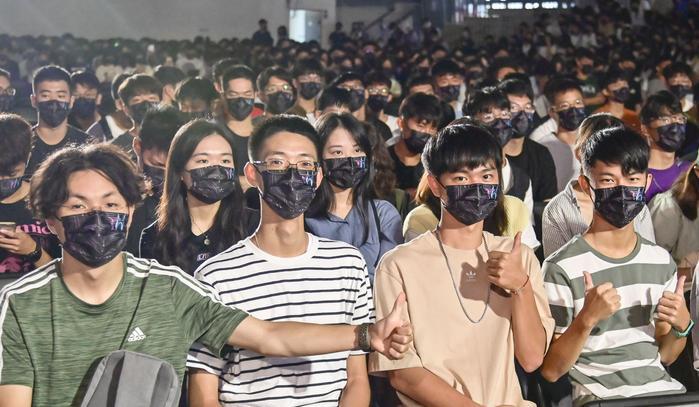 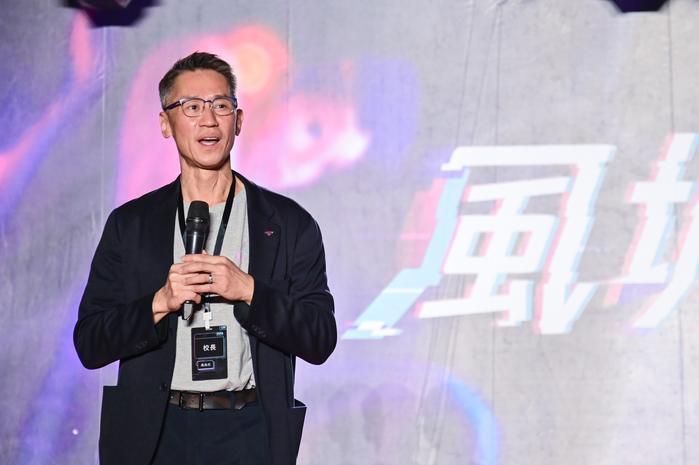 During the orientation, Kao emphasized the importance of striking a balance between study and social life.

President Kao made a dramatic entrance in which the light bars on both sides of the central aisle lit up as he went forwards. 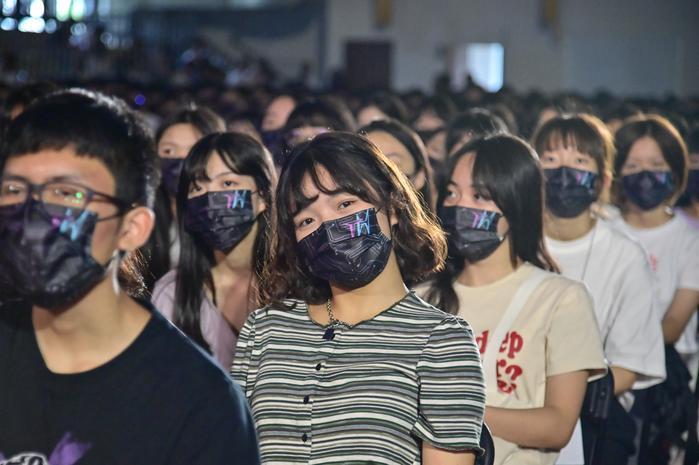 Last year's freshman orientation was held online due to the pandemic, but this year this exciting event was held in person. 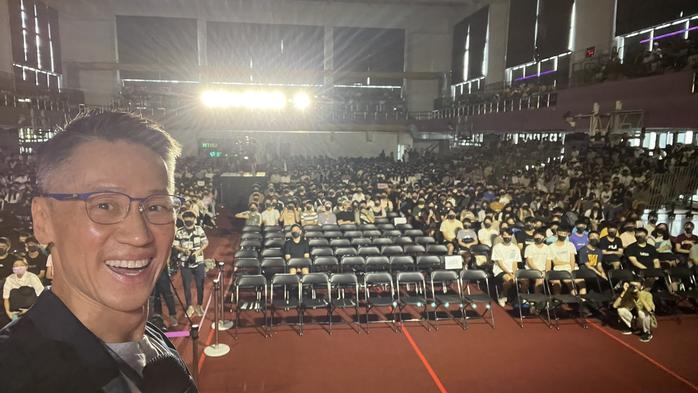 At the end of his speech, Kao took out his mobile phone, took a selfie with the assembly as the background, and posted it to his IG live feed.

President Kao riding an electric scooter in a film welcoming the new students.