2022.10.19
In order to clarify its mission and set development goals, National Tsing Hua University (NTHU) in Taiwan has recently announced a fivefold development strategy, which includes increasing interdisciplinary learning from 25% to 80% within four years; establishing a dual-track mentor system to enhance the connections between teachers and students; and instituting the NTHU Foundation for the Advancement of Outstanding Scholarship to recruit and retain talented teachers.
Since taking over as the new president of NTHU in May of this year, W. John Kao (高為元) has been holding discussions with administrative and academic departments, alumni, government departments, and industry leaders to gain a deeper understanding of their expectations and the challenges facing NTHU. The university has held seven strategy planning meetings for collecting suggestions from teachers, students, and alumni. In addition, suggestions are also being collected from the university’s website, resulting in a comprehensive report that has been given to the school’s Development Advisory Committee.
President Kao said that the school has adopted a people-centered approach to strategic development focusing on “the unique value of every person in the Tsing Hua community.” He also reaffirmed his commitment to his core values of equity, inclusiveness, and diversity, and holding fast to the principles of self-governance and academic freedom, so as to encourage everyone at NTHU to realize their highest potential and enhance the university’s international reputation.
In recent years, NTHU has been giving increasing emphasis to interdisciplinary studies and double specialization, such that about 25% of its undergraduates now have a second area of expertise. Vice president for academic affairs Wu Yung-hsien (巫勇賢), one of the members of the strategy team, said that the first goal of the strategic development plan is to build on NTHU's existing advantages. He added that success does not have only one form, and that the interdisciplinary approach applies to more than just coursework. He also pointed out that academic credit will soon become available for volunteer work, internships, international exchanges, overseas competitions, and MOOC courses.
The second goal is to enhance the amount of interaction between students and professors. Kao said that university is like an all-you-can-eat buffet with countless choices, which is a good thing, but it can give rise to doubt and pressure, which makes it important to have the guidance of good teachers and helpful friends. Huang En-ming (黃恩明), a student representative in the strategy group, explained that the second goal is all about encouraging students to meet with their advisors. The plan is to establish a student networking program as well as a special system for guiding students studying for a dual degree by matching them with professors inside or outside their departments, retired teachers, and enthusiastic alumni.
The third goal is to get at least 90% of NTHU faculty to set annual goals for themselves that exceed those of the previous year in the four areas of teaching, research, counseling, and service. President Kao said that this doesn’t mean that NTHU will make it mandatory for professors to publish a certain number of papers or advise a certain number of students each year, but rather that this initiative is designed to encourage faculty to assess their own progress and to guide students by setting a good example.
The fourth goal is to establish a people-oriented research environment, which includes setting up the NTHU Foundation for the Advancement of Outstanding Scholarship within the next four years. One of the members of the strategy team is Professor Chiu Powen (邱博文), director of the Office of Research and Development, who said that in recent years the university has encountered many difficulties in recruiting excellent professors, due to relatively low salaries and international competition. He hopes to use fundraising, industry-university cooperation, and the diversification of financial resources to establish a fund to recruit top young scholars and to reward outstanding teachers, researchers, and administrative personnel. The target for the first stage of the plan is to reach 25% of faculty, and in the second phase the goal is to increase this to 50%.
The fifth goal is to evaluate and coordinate the implementation of each of the first four goals for students, faculty, and society in general. Another member of the strategy team is senior vice president Tai Nyan-hwa (戴念華), who said that the various goals will be integrated into the Higher Education Sprout Project, and that their effectiveness will be regularly reviewed in terms of overseas recruitment, English-medium courses, sustainable development, and encouraging teachers to participate in international academic organizations.
Huang En-ming, a junior in the Department of Computer Science, said that when Kao first became the president of NTHU, he held discussions at the various colleges during which he put forward his development plan. However, when he received an email from the president inviting him to become a member of the strategy team, he was a bit shocked. After joining the group, however, he soon became comfortable participating in the discussions with faculty members, and felt that his input was taken seriously. Huang further said that was honored to play a role in shaping the future development of NTHU.
Huang has a particular interest in the goal of enhancing the connection between professors and students. As he sees it, in addition to academic guidance, students need professors who are more like mentors and who provide guidance in various aspects of life---a goal that will be facilitated by implementing a dual-track advisor system.
Kao said that setting strategic development goals is only a starting point, and that the results will be regularly reviewed and adjustments will be made as necessary, allowing everyone at NTHU to “work towards a common goal, while doing our best to realize our full potential.”
For more information, see the NTHU Strategic Development website at:  https://strategy.site.nthu.edu.tw/ 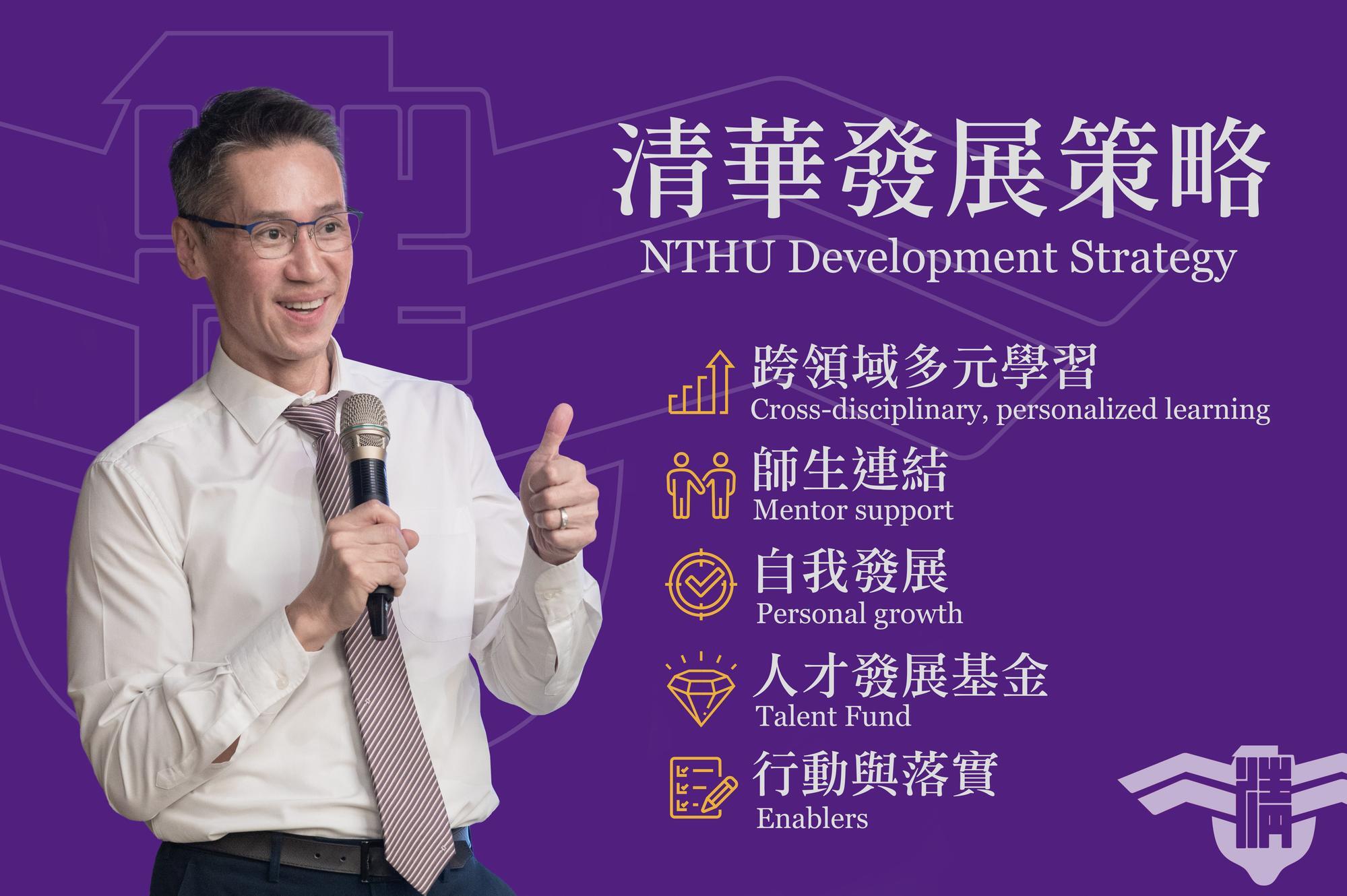 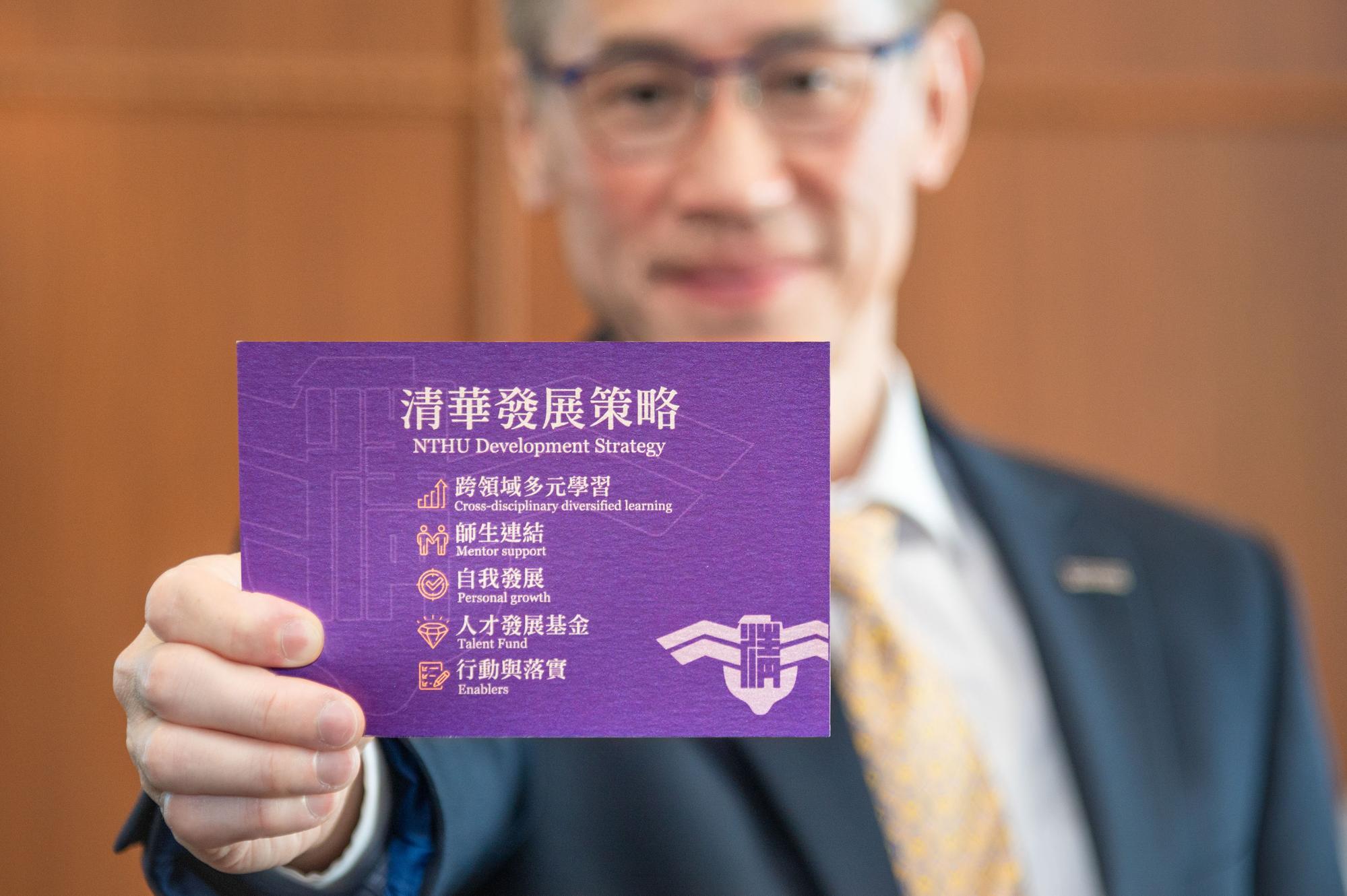 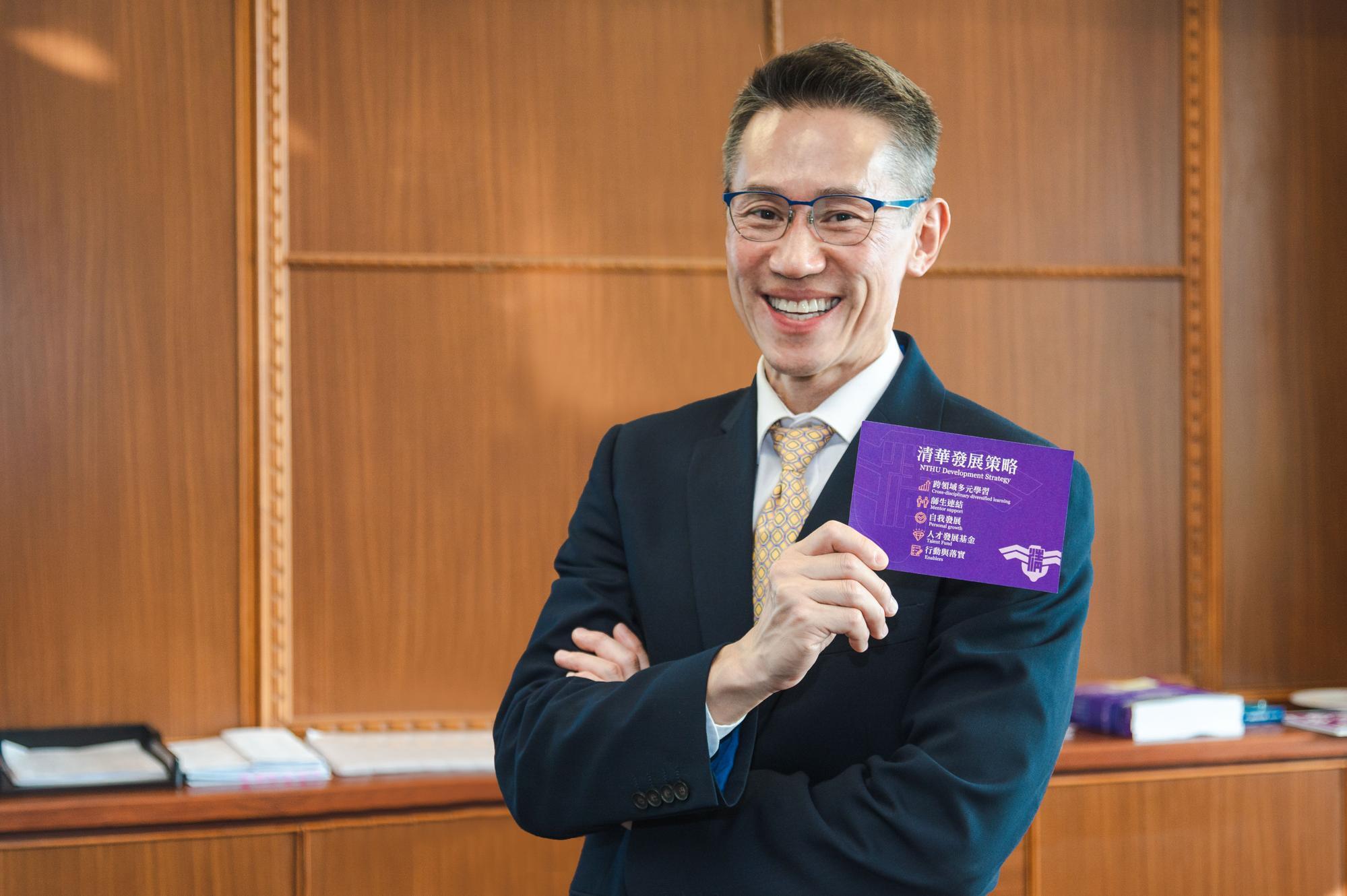 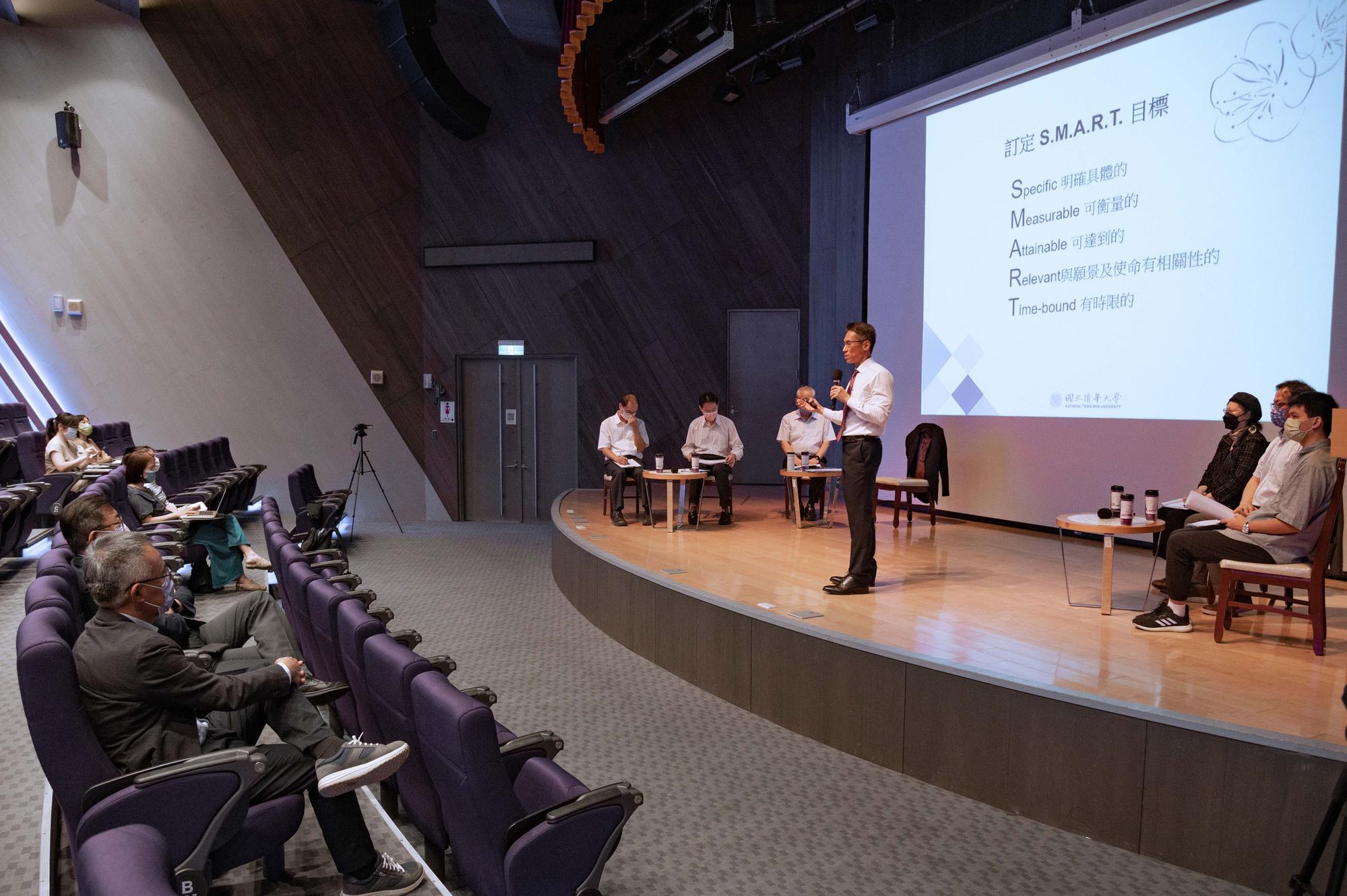 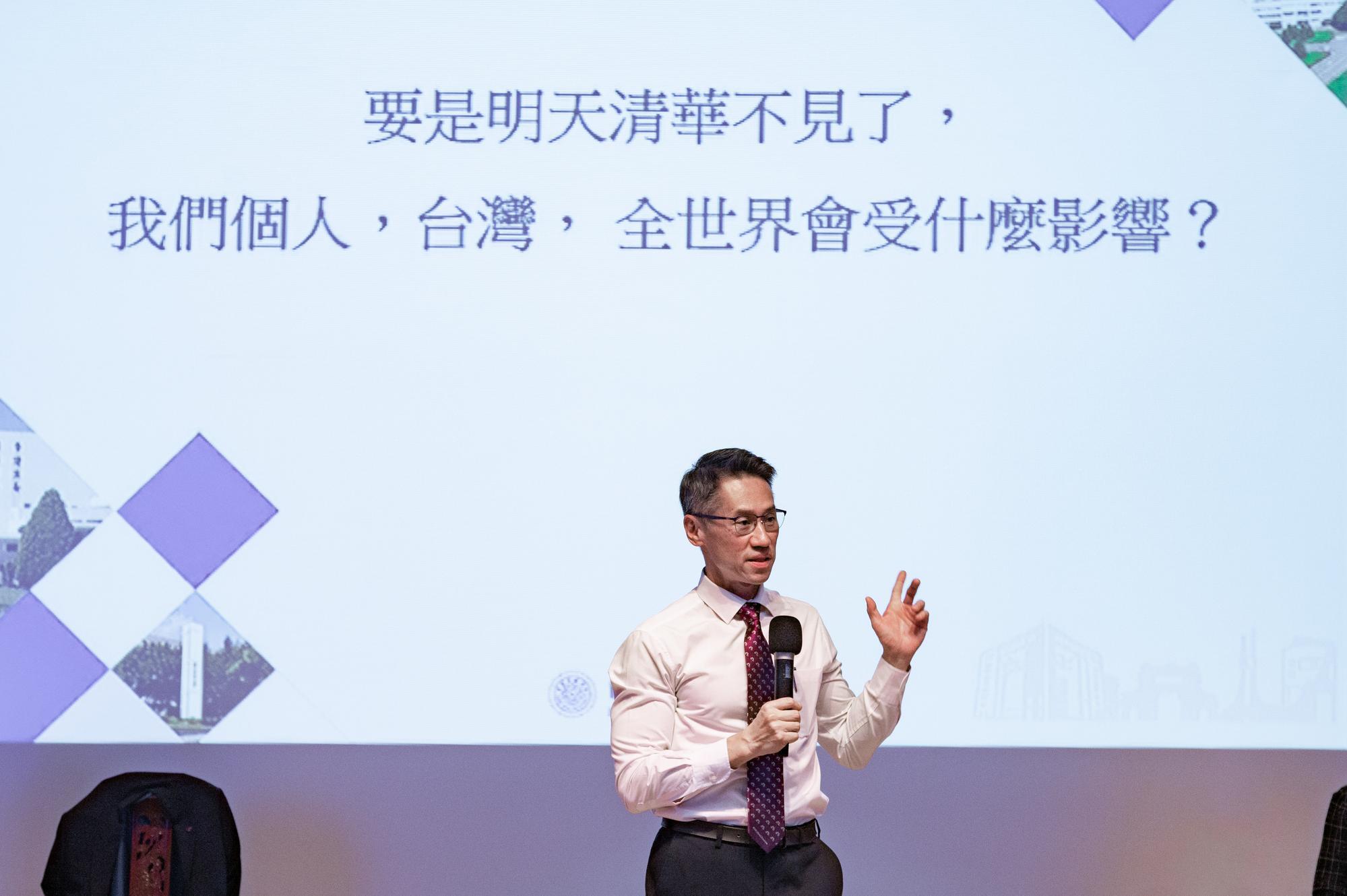 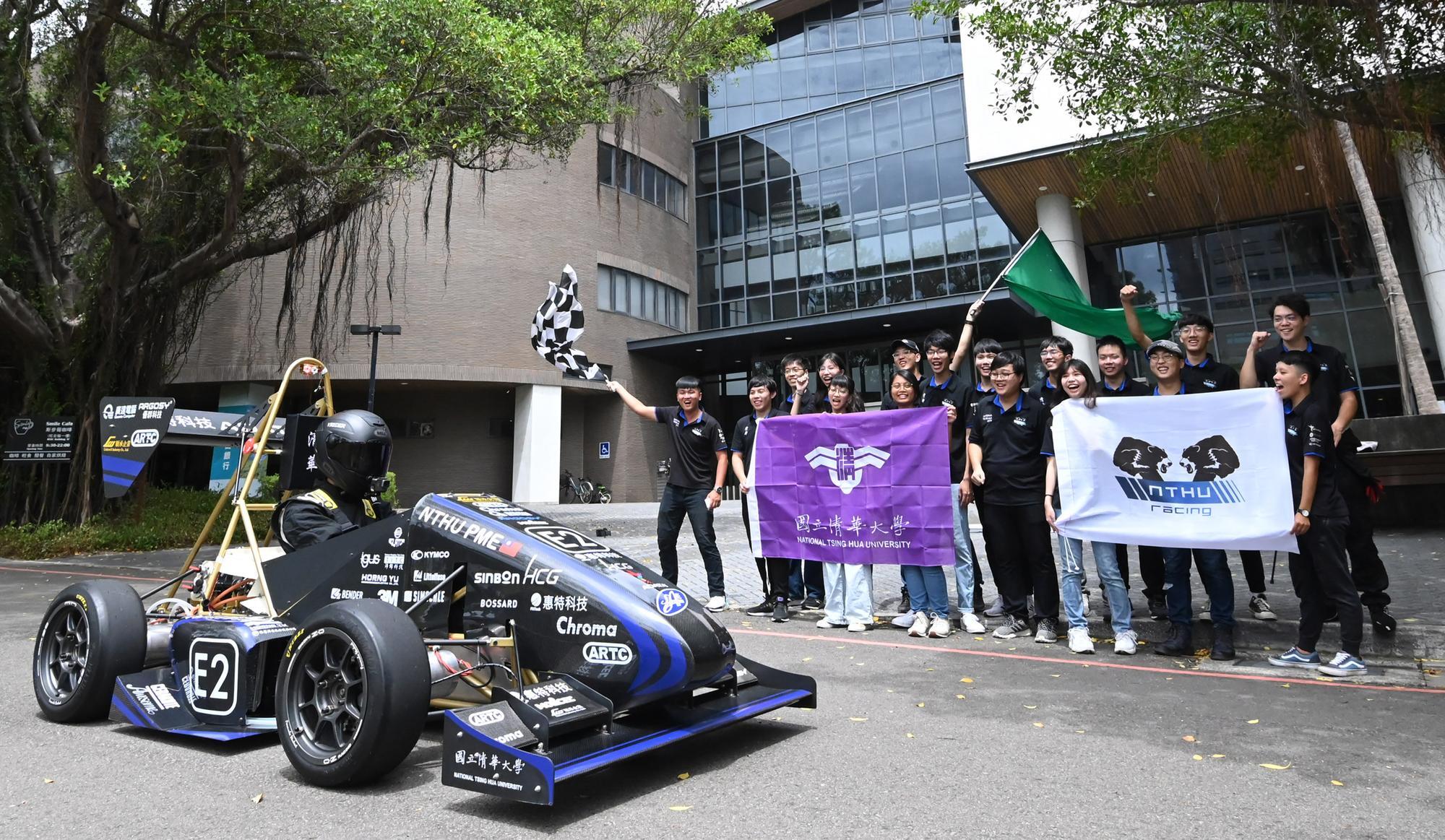 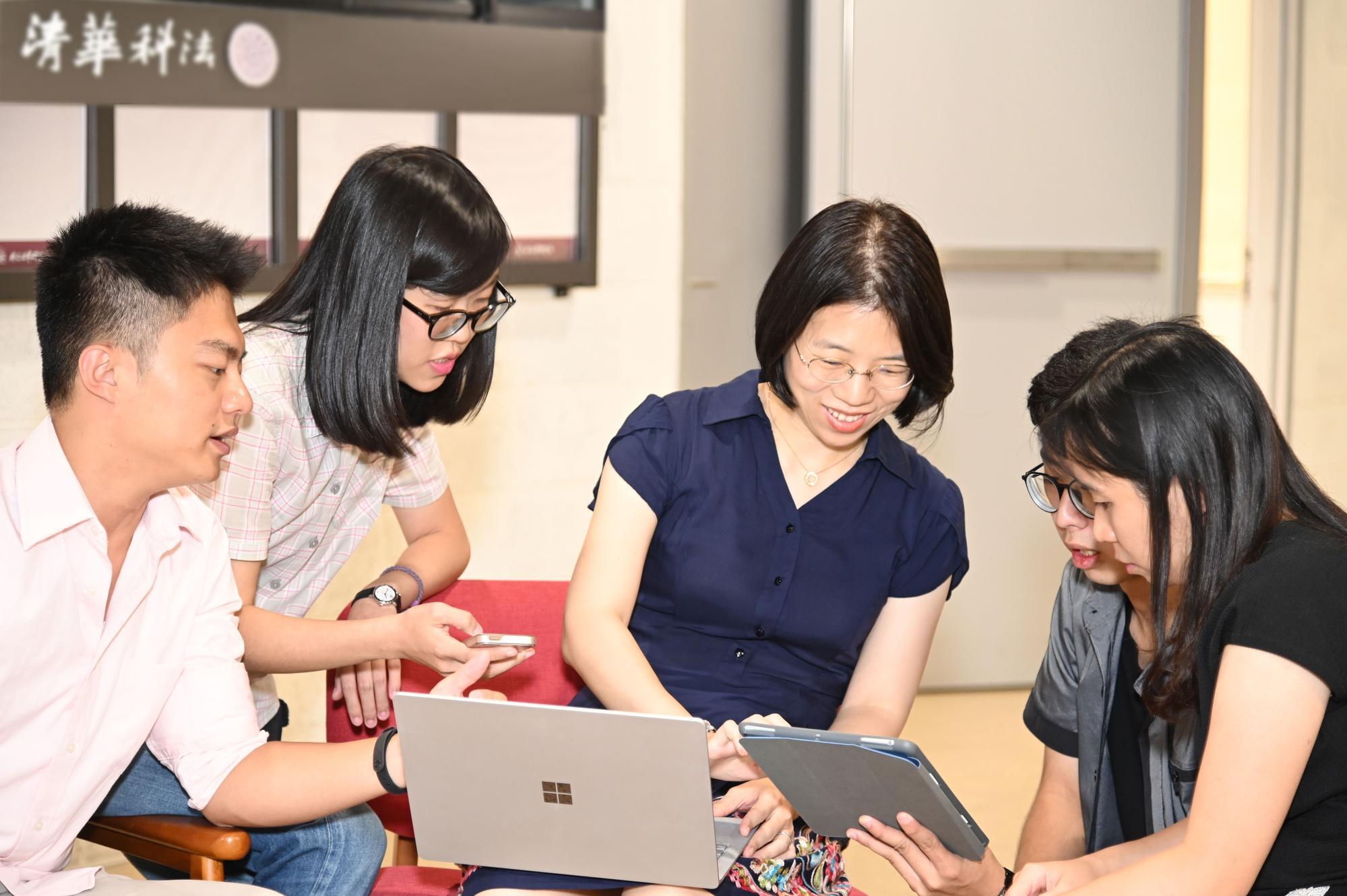 Student advising at NTHU will be enhanced by implementing a dual-track advisor system.